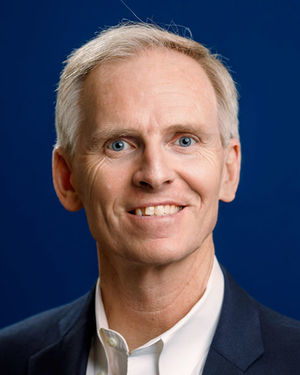 David Murphy is Assistant Provost, Office of Innovation/IDEA Center, faculty member, and Executive Director of Student Entrepreneurship and the ESTEEM Graduate Program, having arrived at Notre Dame in November of 2011.

Prior to Notre Dame, David helped launch and then lead Better World Books (as President and CEO from inception to July, 2011), a global bookstore that harnesses the power of capitalism to bring literacy and opportunity to people around the world. An award-winning social entrepreneurship venture, Better World Books benefits thousands of charities and libraries here in the United States and around the world.

Under Murphy’s leadership, the Company scaled to a profitable, self-sustaining for-profit social enterprise with annual revenue today approaching $75M; over 450 employees; operations in the US and in the UK; processing over 250,000 books per day; selling over 30,000 books per day; inventorying over seven million used books under its roof; and becoming one of the top three online sellers of used books in the world (having sold over 100 million books in its 17 year history).

Better World Books is representative of a new kind of organization whose fundamental business model is designed (and ultimately scaled) to drive meaningful social and environmental impact; to promote the common good. To this end, Better World Books has:

Prior to Better World Books, Murphy worked for or started up more than 14 companies – from multinationals to early stage ventures to startups (spanning eight industries in seven states and in Europe).  He has raised more than $85M in capital to build and scale multiple organizations in the manufacturing, healthcare services, technology and online retail sectors – and through his leadership brought significant growth and scale to each.

David received his undergraduate degree (B.A. with high honors; Economics) from the University of Notre Dame and his graduate degree (MBA) from the Amos Tuck School at Dartmouth College. David is a founding member of enFocus (South Bend, IN), serves on multiple Boards and Advisory Councils and is a member of the Leadership Atlanta Class of 2012. He was also a Southeastern Regional Finalist for the Ernst and Young Entrepreneur of the Year Award in 2011. David has been married to Mary Elizabeth Barrett Murphy (also a graduate of the University of Notre Dame) for 39 years and they have three grown children and five grandchildren.