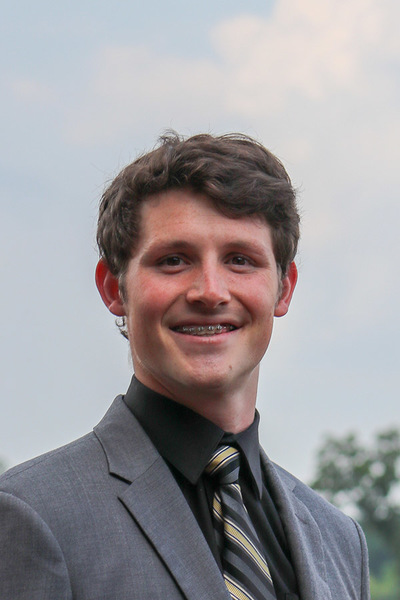 The big event of Monday was the tour of Better World Books, a company based only fifteen minutes from campus that David Murphy had helped get off the ground in its early days. The warehouse tour was fascinating! I had no idea how many logistics were involved in a company that handles so much shipping and inventory. The tour showed exactly what is possible if enough talented people believe in the same mission. Afterwards, the class had our Leadership class with Lawrence, and the assigned readings focused on an introverted engineer who became a CEO. I reflected with my front-row classmate Sam Pasmann that it seems like ESTEEM was having a similar effect on us, and we had a laugh discussing why introversion sounds more like a diagnosis than a description when talking about leadership traits. The day ended with our statistics class and I spent the rest of the evening prepping for the gigantic impending career fair just around the corner.

Today was a LONG day of networking and up-dressing from 8am to almost 5pm. Thankfully, there was a separate, smaller “coffee & careers” session in the morning that was really helpful for making early connections with some of the companies looking for graduate students specifically. I made a few neat contacts with a company that recruits college students to work for businesses remotely and another with the good ‘ol folks working for the city of South Bend regional chamber. In between that event and the larger fair, Katie S and I whipped over to Martin’s grocery store and ended up making taco bowls on the 3rd floor of IP which was a great break from all the hand shaking and resume swapping. By the time the second half of the career fair was over later that afternoon, I had been completely whipped out from all the interactions of the day and I spent the rest of the evening goofing off with a few other ESTEEMers to balance out having been so professional all day.

I started off the day with an interview with a company that I had spoken with at the career fair, and although I decided their program didn't quite fit my career plan, it was still good practice to interview and it gave me a great boost for the rest of the day. The big event for me, however, was Rick Wartzman, founder of the Drucker Institute, speaking to our Leadership class in the afternoon. The whole class brought their questions for him and we had about an hour-long discussion on everything from effective leadership practice, to politics and economics, to failure and how it relates to entrepreneurship. He was a great presenter and a few of us even got to meet with him later for dinner to continue the conversation over some quality Italian food (if you get the chance, make a trip to Parisi’s right across from Innovation Park and order the lasagna. You won’t be disappointed). Everyone still seemed a bit worn out from yesterday, and I made a point to hit the hay as early as I could after dinner.

About a month ago, I wrote a very convincing letter to Kyle Williams to let me to take “Psychology of Comedy” as my technical elective for this semester (a few of my classmates have asked to see the letter, just to know how I pulled it off). The class meets on Tuesday/Thursdays and today was particularly interesting today because a guest speaker and standup comic from Chicago came to discuss with the class how he decides on content and prepares for a show. There were a lot of crossovers between what he recommended and what our business presentations instructors recommended, which I found to be incredibly funny. Afterwards, I met with two classmates to discuss our plans for helping one of our favorite local non-profits called Unity Gardens, obtain a bus (yes, you read that correctly). This has been one of the coolest parts of ESTEEM, I think: finding other students who are willing to run with an idea and own it entirely from start to finish and devote themselves to making a tangible impact with the skills we are developing. Right after, I had my first meeting with the Venture Coaching staff for the year, which has five of my other ESTEEM classmates onboard. Venture Coaching is part the student entrepreneurship arm of the IDEA Center and we are assigned to guide students towards turning their ideas into real startups and businesses through the resources at the IDEA Center (and boy do we have TONS of resources for them). I was so excited to become a Venture Coach and meeting the rest of the team for the year only built my excitement even more! The last part of my day was spent testing out a board-game with fellow Venture Coach and ESTEEM student, Nick Wilt. The game is one of the first products from a startup started by a few ESTEEM alumni and it was a blast getting to experiment and play through. I ended the day with a few emails sent out to my assigned students for Venture Coaching and I fell asleep with visions flashing through my head of all the wild ideas I would encounter in the coming months.

Friday at last! Most of the morning  was spent finishing up onboarding for Venture Coaching and moving through the logistics and expectations of every team member. I also had Jersey Mike’s subs for the first time for our team lunch and I am now a full convert to JM from here out (Hot Take: Uber-Eats is a better service than Uber in my opinion). I had a check-in call with my capstone sponsor and now I am going to finally be prototyping our app!! (cue the Dr. Frankenstein line: “IT’S ALIVE!”) I had been waiting for the chance to test out some new prototyping services and the time has come for STACHE to come to life! At about 6pm I noticed more and more people arriving to Innovation Park ("IP") for IDEAS that Matter -- and since I really had no other plans for the evening I ended up staying until 2am helping a high-school student from Elkhart craft a pitch for his marketing company. 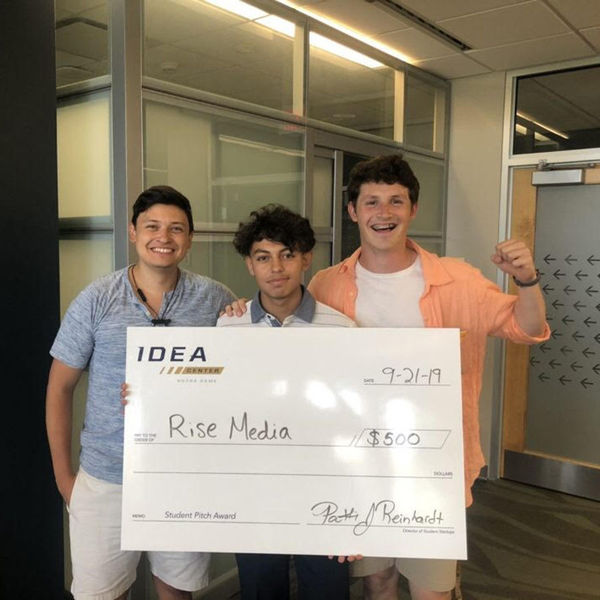 I was back at IP at 8AM sharp for bagels, coffee, and the second half of the Innovation Sprint. After two cups of strong dark roast I started putting a pitch deck together for Luis, the student from Elkhart. I ended up floating between a few groups and lending my assistance where I could on each of the decks that were being thrown together as fast as possible before the deadline. Finally, with the help from myself and another Notre Dame student, Luis mastered his presentation and ended up winning second place in the competition and $500 towards building his business! It was such a powerful moment for me to witness a younger person who had never seen what his ideas were worth standing between the judges with a huge check in hand and a grin from ear to ear. If I could summarize why I love what I do in one image, that would be it. After the contest ended, I went home for a well-deserved nap. Then after working on my capstone for another two hours, I watched the Notre Dame – Georgia game with a few other classmates at Sarah S’s apartment just up the road from me. We all made pizza, but it couldn’t help the fact that it was rough to watch such a close game end without an Irish W. I returned home and made sure to shut off all my usual alarms for Sunday morning. I still couldn’t believe that only one week had gone by since I last saw the Irish play.

One of my favorite quotes by an old martial arts instructor of mine was, “I don’t have weekends, I have strong beginnings.” I think that has been an accurate description of my Saturdays and Sundays so far in ESTEEM. I am a big fan of whiteboards and planning out every day and hour as best as I can and that work usually falls on Sundays. In the afternoon, I took an hour to call my old friends from high school and check-in on them. We have stayed close even though we are all in different places and pursuing different dreams, and it was a real boost to hear about the craziness of their weeks and to unload some of the stress from my own. This week was definitely one of the busiest I have ever lived through, and it once again proved to me the value of prioritization and goal-setting especially in an environment like ESTEEM, where opportunities for side-ventures and events are so numerous. When 10pm rolled around, I shut everything off and went to bed. Monday always rises early, and I wanted to be ready for whatever was in store for my next week in ESTEEM.