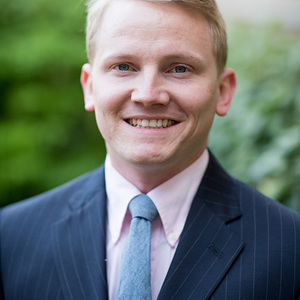 Nathan Miller (ESTEEM '18) majored in systems engineering at the Naval Academy, served on a submarine for several years after he graduated in 2011, and came to Notre Dame to teach physics and thermodynamics to Navy ROTC students. He was considering an MBA when he found ESTEEM.

“The ESTEEM Program piqued my interest because it was new – how do you start things, how do you do new things?” Nate says. “Everything was procedural on the submarine. In that high-risk environment, everything is by the book, no creativity encouraged. I wanted to stop off, to get into new things in technology or engineering after I left the Navy and went into the workforce.”

Nate got into bitcoin and cryptocurrency technology and did his capstone with Consensus Networks in South Bend, a startup blockchain technology company. He transitioned out of the Navy soon after he graduated and has worked as CEO of Consensus ever since.

“It’s been a cool process to do the cycle again and be involved here in the South Bend community making something,” he says.