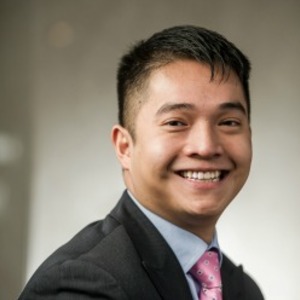 Khoa is a two time Notre Dame graduate. After receiving his B.S. in Biological Sciences in May 2011, he went on to earn his M.S. from the Engineering, Science, and Technology Entrepreneurship (ESTEEM) Program in August 2012. Upon completion of the ESTEEM Program, six of his classmates and him, along with the Director of the program and several prominent businessmen in South Bend, started a non-profit organization called enFocus Inc. After two years with enFocus, Khoa went on to work for a real estate development company in South Bend called Matthews, LLC. He then relocated to Raleigh, North Carolina for a short time and worked in the financial service sector as a recruiter with Coleman Research Group.

Currently, Khoa is the Research Programs Manager for the Harper Cancer Research Institute at the University of Notre Dame. In this role, he oversees all aspect of the Research Like A Champion (RLAC) Program,  which is a collaborative effort between the College of Science and Harper Cancer Research Institute (HCRI) to drive innovation in cancer research. Khoa's responsibilities include designing and implementing strategy to increase the awareness of the RLAC Program, identifying qualified reviewers and organizing the selection committee for awarding the program's grants, facilitating the grant award process, tracking the progress of awarded projects, and growing current and new key partnerships in an effort to continuously expand the program.