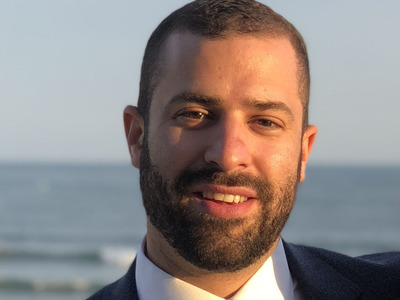 Will McLeod studied both mechanical engineering and product design at the University of Notre Dame, graduating in 2009 with his undergraduate degrees.

In his junior year, McLeod and a friend who was in the Mendoza School of Business entered the McCloskey Competition with SmarterShade, whose smart glass can switch between clear and opaque on command.

Says McLeod, “McCloskey is essentially a year long program — it’s not just the final competition but the learning about how to put together a business plan, how to pitch, what fundraising is, all about venture capital, and the different ways you can start a company.”

“By the end of the year, it had been such a learning experience that it lit an entrepreneurial fire in me. I knew I wanted to go into startups.”

McLeod and his co-founders, Danielle Truskowski, Mike Stacey, and Ryan Tatzel, were the first team led by undergraduates to win McCloskey. “The day we won it was incredible.”

The ESTEEM Graduate Program at the University of Notre Dame was McLeod’s next step as he enrolled in the inaugural class of the 1-year master of science program in entrepreneurship, innovation, and technology.

McLeod says that ESTEEM turned out to be the exact right thing to do.  After graduating in 2010, he eventually moved to New York and got involved in the startup scene there, going on to co-found Keen Home . In 2015 he appeared on Shark Tank, and in 2016 he was named to the Forbes 30 Under 30 in Manufacturing. He is currently pursuing new ventures and teaches a class in Operations for Startups to ESTEEM students during the spring semester.

The McCloskey Competition introduced McLeod to the world of entrepreneurship, which he describes as “a world of people recognizing that they don’t know how to do something — and that’s the actual advantage that puts them in the forefront of new product development.”

Originally published by Emily Tyson at ideacenter.nd.edu on April 22, 2020.