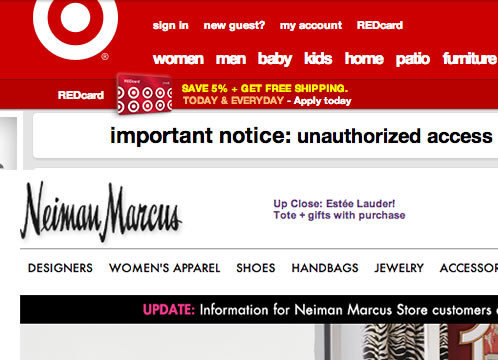 Residents of the United States are rightly worried about the dangers of identity theft and their credit or debit card falling into the wrong hands. Recently, on NPR’s The Diane Rehm Show, Miss Rehm talked about just this subject with a host of guests from across the financial industry.

What they said was both shocking and illuminating.

The conversation began with a discussion of the data security breach experienced by Target last December and how the cyber criminals managed to pull off the feat, which included using malware.

As one can see, gone are the days of our image of thieves as bumbling idiots with ski masks over their heads. The thieves of the 21st century are smart, adaptable, and will do anything to get their hands on your monetary information.

“[These] criminals have evolved over time. [They’re] very organized groups. They’re very sophisticated. They understand how companies secure their information. And they work very hard to plan and develop ways to circumvent that security.”

Which begs the question, what then is the consumer suppose to do to safeguard their data and why does it seem that the U.S. and its financial institutions are so far behind on this type of security?

Rehm’s guests wasted no time in trying to fish out an answer to these queries and the talk quickly turned to the idea of EMV cards, which are prevalent in Europe and even North Korea. Miss Rehm alluded to this article from Forbes, which declares, in response to the question of how we can keep another breach like the one at Target from happening again…

“Over the longer term, many experts say the best solution may be the kind of ‘chip and PIN’ technology used in the rest of the world. Europe introduced these so-called EMV cards, which take their name from Europay/MasterCard/Visa, in the 1990s. The cards contain a microchip that holds the sensitive credit card data in a much more hacker-resistant format than the magnetic stripes on U.S credit cards. “

Unfortunately, neither banks nor merchants want to set up the infrastructure to make EMV card a reality here in America. As Robin Sidel of The Wall Street Journal explained...

It’s obvious, though, that something has to be done, if not EMV cards, then something else. The status quo is clearly no longer acceptable.

What do you think? Are EMV cards the answer? What else can be done to secure our financial data?