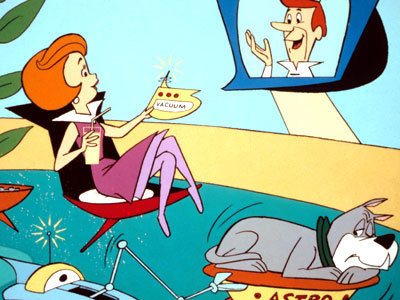 No conversation or article about the future of the homes in which we live would be complete without a reference to The Jetsons, the futuristic cartoon that first began airing in the 1960’s (okay, so maybe the reference is aging a bit). As Jacob Kastrenakes relates in his article, “The Dumb State of the Smart Home,” appearing on The Verge...

“If The Jetsons represents the dream of the smart home — one that knows who we are, where we are, and what we want — then we still must be living in the town of Bedrock. Appliance-makers have been trying to move the smart home forward for years now, but they've ended up stumbling over themselves and each other in the process.”

This is a fair point and raises an interesting question, that is, why has the idea of automating our homes, or making them “simple,” proved to be so complex?

It would seem that much of the problem lies in the fact that, in relation to “connecting our homes,” there is no “single way for appliances to speak with each other.” Even the companies looking to “standardize the connected home,” like Zigbee and Z-Wave, can’t get the major appliance makers to jump on board with either of their systems.

“The modern smart home won’t get much smarter until the biggest names all agree on speaking the same language. Unfortunately, there’s no sign that will happen anytime soon, and some of the industry’s top figures don’t believe one standard will ever come to dominate.”

The benefits of connectivity within the modern home are certainly not hard to see. It allows one to save time and money for one, cuts down on wasteful energy use, and provides the homeowner with a sense of security and peace of mind.

It is, therefore, disappointing that the biggest players in the business of “smart homes” can’t seem to get out of their own way and make these type of dwellings the rule and not the exception. Therein lies the silver lining, though. It is a market rife for innovation and fresh blood. It needs someone to come in and “upset the applecart,” as it were.

Who better than an ESTEEM grad to do this?