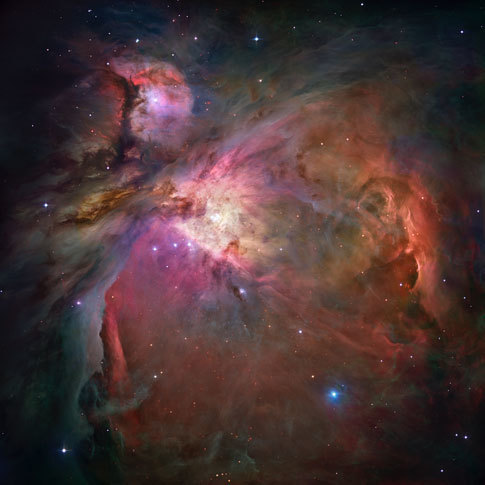 For centuries, and especially within the last few decades, one of the end goals for scientists has been an attempt to unify the seemingly disparate branches of the scientific discipline into one grand, overarching theory that can explain everything.

As Adam Frank asks in the 13.7: Cosmos and Culture blog on NPR.com…

“Does the science we have now constitute anything like a unitary whole? How well do the theories governing one branch, or even one sub-discipline, of science make the transition into other domains? Does science comprise an explanatory pyramid of universal laws built from a broad, solid foundation, or is it a collection of smaller relatively separate temples, each dedicated to some smaller piece of the world?”

Frank, in his article, references two philosophers: Nancy Cartwright (no, not the voice of Bart Simpson) and Phillip Kitcher, both who doubt “the grand theory view of science and reality.” To them, “the dappled world,” which is the title of a book written by Cartwright, is…

“...no less powerful or beautiful than the hoped-for but illusory world of grand, overarching theories.”

Kitcher adds to Cartwright’s above thought by saying, “there are no grand theories, but lots of bits and pieces, generating local insights about phenomena of special interest.”

While Frank would like to divorce this conclusion, which he ultimately seems to agree with, from taking on a spiritual component, saying, “Stepping beyond the forever contentious arena of science vs. religion, the question of completeness stands at the center of hard-core philosophical debates about the nature of the world and our access to it,” this is easier said than done.

If one believes in a Creator, or Intelligent Designer, that term, in and of itself, implies an ultimate blueprint of the world in which we live, meaning all things are interconnected, including the disparate branches of the various scientific disciplines we use to try and make sense “about the nature of the world and our access to it.” Of course, if one doesn’t believe in God, one returns to the original question the author poses, that is, can science explain everything?

If you’ve read the article, what do you think of Frank’s conclusions, or non-conclusions? What are the limitations of science? Are there grand theories or are we left to piece things together as best we can with the limited data we have? Where does the existence of God fit into this?