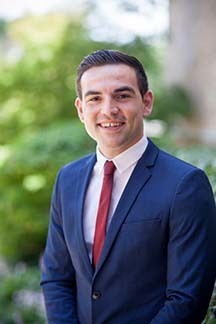 In the midst of extensive thesis work, projects and football weekends, the progress each Venture Founders Program (VFP) member has made over the last couple of months is truly admirable:

Maddie is tackling the ever-growing issue of loss of low skill jobs through an innovative job bridge program and recruitment drive. Maddie ultimately wants to shift the perception of manufacturing from a negative to a positive one.

Eva Marie is at the exciting development phase for her app which is aiming to heal the digital divide and empower people to take control of their financial lives.

Connor is striving to improve the infrastructure around long-term care for chronic disease patients – a problem which is not just evident in South Bend, but across the US.

Three founders (myself included) have recently had a change of direction with their projects:

Kellan has refocused on his passion for healthcare and doubled-down on his interest in the problems affecting patients in long-term care for diabetes.

Margot has realized her passion for truthful, unbiased media at a very tumultuous time as fake and biased news has been widely accused of shaping the recent election. She is researching the many underlying problem areas which have propagated this serious issue.

As for me, I pivoted from focusing on antibiotic resistance to instead, focusing on renewable energy. I teamed up with a friend and fellow ESTEEM-er Eoghan ‘The Ambassador’ Martin A.K.A Yogan. After many conversations about the impending doom we all faced due to climate change (many of these conversations happening over a beer or two…or three), we decided to stop talking and start doing.

I have been part of the inaugural VFP since July and Eoghan always expressed an interest in learning about the process of solving problems using human centered design. Eoghan is an incredibly ‘hands on’ sort of guy who has a track record of interesting side projects. We felt that all of these factors meant that it was a match made in heaven and from here on in -- we would stop ‘pointing the finger’ and channel our passion for renewable energy into something actionable while having some ‘craic’ along the way!

The key ingredient that brought it all together was a talk we attended a couple of weeks ago during the final home football weekend. Sandwiched between ‘Trumpets at the Dome’ and the pep rally was a talk titled ‘The Role of VC in Driving the Clean Energy Economy’ presented by Peter – a partner from a venture capital firm in San Francisco. Eoghan and I made a sprint for the talk as soon as the trumpets ended. Having also expressed an interest in the presentation, our good friends Mike and Taylor were in tow but ultimately, couldn’t make it -- citing weak wrists and a backlog of SolidWorks tutorials as their excuses. All I can say is boy, did they miss a great talk!

Embodying the core pillar of VFP, Peter opened our eyes to the litany of problem areas which are currently affecting the solar industry. The high cost of acquiring customers combined with a low level of market education and meagre financing options are driving a low rate of adoption of solar in the US. We left the talk with more questions to answer than we had going in. We asked ourselves, how might we design a solution which helps to solve some of these problems and aids the adoption of solar by a critical mass?

Eoghan and I laid out a timeline and objectives for the next month, designed interview questions and began speaking to people in the industry to find out more about the issues affecting various stakeholders. Next up for the dynamic duo? A visit to a local solar company, more industry interviews, a great deal of research and a problem pitch to Dustin and Maria in January.