As our Fall semester draws to a close, I realize that it’s been nearly five months since we embarked on our Venture Founders Program adventure. Looking back to mid-July, I can still recall the eager, hopeful attitudes that we Venture Founders began with. While we still maintain much of that enthusiasm, one undeniable fact has begun to sink in. Entrepreneurship can be exhausting. That’s not to say that I thought it would be a walk in the park, but I didn’t think it would be a trudge up a mountain. 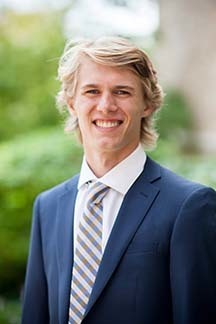 Five months ago I began investigating the vacant & abandoned properties of South Bend. Equipped with our human centered design tools and with the guidance of other entrepreneurs, I figured it was only a matter of time before I found a creative, yet simple solution. With over 1,000 vacant properties, South Bend is experiencing issues similar to bigger cities such as Detroit and Philadelphia. Vacant properties lead to lower property values of entire neighborhoods, which in turn lead to negative equity in many mortgages and decreasing property taxes that ultimately fund the public schools. These properties have a crippling effect on the growth of the city, yet they seem to offer such potential – blank slates waiting to be transformed with productive uses.

After learning about some great local organizations that were providing sustainable solutions to already vacant properties, I decided to move upstream of the problem and attempt to prevent the vacancies from ever occurring. I found relatively few actors in the preventative area of vacancies and thus proposed utilizing the recently published open data portal of South Bend to develop an analytical tool that would identify high vacancy risk properties in the area. It would ultimately be employed by the city to strategically allocate funds for vacancy prevention.

However, after finding no evidence that such a tool could be accurate enough for use, I began investigating the foreclosure process in the hopes of finding a possible resolution to foreclosures that lead to vacant properties. Foreclosing houses often seem enticing to new homeowners looking for great value. Yet, if one goes online, nearly every site will advise caution or to stay away from foreclosures due to the associated risk. Still, I realized that some individuals actually turn a profit on foreclosing/vacant properties by repairing, maintaining and reselling them, but they are limited by their own time, resources, and risk tolerance. In order to resolve these issues, I proposed creating a crowd-funding platform that would provide small shares of equity in a home in return for funding to repair the home or for repairs themselves, which would be reimbursed upon the sale of the home. This would dilute the risk of investors while also engaging the community, literally allowing them to invest in themselves. I imagined community members as micro real estate investors, and ones that could benefit not only through return on investment, but also through improving their own communities.

This idea drew mixed reviews. The main factor I was concerned about was the ability for community members to allocate any resources into these projects. Many of the affected communities are struggling with their own properties and do not have sufficient funds to donate any to improving the neighborhood. In addition, I found that moving forward, I would have to dedicate an incredible amount of time to developing this real estate business, and that scared me a bit. I came to ESTEEM to use my science background to work in biotechnology and pharmaceuticals, not to enter the housing market.

After that realization, I decided to take a step back. I recognized that I was forcing myself further and further into a field that I was not passionate about. I began in the vacant lot topic thinking that I would be building tiny houses, a goal of mine one day, not delving into the intricacies of the foreclosure, home repair, and mortgage processes. Thus, I decided to drop the vacant and abandoned properties topic and begin again in a new industry. With a time crunch in front of me, I also decided to choose an area that I was already investigating through my thesis project: diabetic wound healing.

Most people know that diabetes is a growing concern in the United States. What most do not know is that nearly 25% of diabetics will experience a related foot ulcer over the course of their lifetime. This leads to 900,000 ulcers a year in the U.S and 73,000 amputations. That number baffled me when I first heard it. 73,000 amputations in this country every year due to diabetes? I could hardly believe it. The underlying factors are complicated, but diabetics often develop these ulcers because of diabetic neuropathy. They often can’t feel their feet, and developing small cuts or blisters is much easier without normal pain warnings. Once an ulcer is contracted, chronic inflammation prevents the wound from healing, leading to infection and ultimately amputation. However, an amputation is incredibly dangerous as well, for if a small sore does not heal, it is unlikely that an amputation will either. These are all concerns of mine as I help commercialize a new diabetic wound healing drug here at the University of Notre Dame. Yet, the drug is still years away from FDA approval, and I want to help create a solution that can be implemented much earlier.

Now, I’m three weeks into my diabetic wound healing investigation and moving along quite a bit smoother than before. While there are certainly more competitors operating in this space, it is also one that I feel much more confident in my own abilities to spot opportunities and identify risk. I hope to have more success in this space. However, at this point, I’ve realized that it might not work out the way I planned, and that’s OK. Entrepreneurship is difficult, and you will not always be successful. Just stay patient, trust the process, and it’ll hit one of these days.