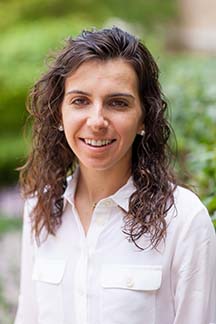 Children diagnosed with autism spectrum disorder often have difficulty with social interactions. Research has shown that their social behavior can improve when they are exposed to pleasurable social engagements on a consistent basis. Much research still needs to be done in order to measure effective intervention. Not only is the wellbeing of the child affected due to limited and/or stressful social interactions, there is also sufficient impact on the mental wellbeing of parents with an autistic child as they often recognize their child’s restricted personal connection with others and perceived social limitations.

Unlike other experiments in the field, through the use of this device, data can be collected non-intrusively (since children would not need to be in a laboratory setting) as it relies mostly on speech. The device would record when the child speaks, which would then be analyzed to detect various emotions.  The data is then offloaded by parents and physicians to inform them when their child spoke, thus indicating social engagement, as well as, the level of anxiety during each of those events, determining whether his/her experience was positive or negative.  This data analysis will allow parents to more confidently expose a child to new social situations without continuous parental supervision, and more importantly, give autistic children a greater comfort level and sense of confidence when interacting socially.The goal of my ESTEEM capstone thesis project is to create a wearable device that is an assessment tool that evaluates the emotions of an autistic child during periods of social interaction. Professor Poellabauer, Associate Professor of Computer Science at the University of Notre Dame, has always had a desire to utilize speech assessment to classify and track various neurological conditions. His first work in this field of study began with the analysis of concussions, which won the McCloskey Competition at the University of Notre Dame in 2013. He has further expanded into other studies of neurological disorders such as Parkinson’s and ALS.

Along with building a business plan for this wearable device, I am also participating in autism spectrum disorder assessment and treatment sessions to obtain more data collections and a greater hands-on learning experience. My goals for the project are to identify the market need and eventually, validate the market for the device.