Jack Nee and Jon Freise, both recent graduates of Boston College with degrees in biochemistry, chose the ESTEEM program at Notre Dame because they respect the common mission and humane values of the institutions despite their football rivalry. 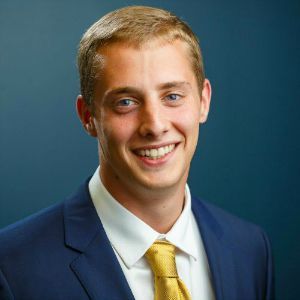 “When we chose Boston College, it was the thing of forming the whole person, beyond the academics,” says Nee. “We saw that Notre Dame had a similar mission. It wasn’t just the academics. It’s the spiritual, it’s the social, it’s all of it.”

The friends, who are roommates in South Bend, are working on very different capstone projects. Nee is working with Richard Taylor, Notre Dame’s director of the Warren Family Center for Drug Discovery and Development, on a potential treatment for Niemann-Pick Type C disease. Freise is working on a project sponsored by NanoSynth of Salt Lake City, applying an existing platform technology to conduct monitoring and screening of the chronic eye disorder age-related macular degeneration (AMD) by identifying useful biomarkers.

ESTEEM classes, meanwhile, have added important dimensions to their undergraduate learning as they prepare for their careers. 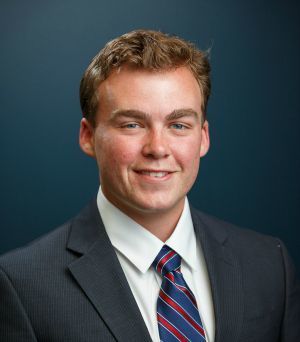 “I was an economics minor undergrad,” says Nee, who hopes for a career in science that would not be limited to the laboratory. “They teach you these concepts, but it’s not really how you can apply them in the real world. The skills that I’m learning in this program are a lot more applicable in real-world settings vs. what I learned in undergrad. I hope to enter consulting next year, and ESTEEM put me on the path to do so.”

“For me it was gaining valuable fundamental business experience and how that can be applied in medicine,” says Freise, who minored in philosophy and expects to go to medical school next year. “That’s what drew me to ESTEEM. In my undergraduate degree, I was learning all the science. It was the language of science. Now I’m learning what I would call the language of business. Having the ability to speak both languages makes you much more valuable in whatever you’re going to go into. It’s one thing to know an idea or concept. It’s an entirely different thing to translate an idea or technology and bring it to market.” 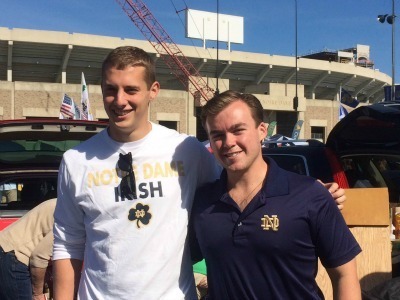 The positive experience at Notre Dame has not diminished the friends’ loyalty to their undergraduate home, where they will return for the Shamrock Series game on November 21.

“It’s been an easy transition going from one school to another that shares the same mission of promoting the same good,” Freise says. “There is a certain pride I like to keep with Boston College. We’ll definitely be rooting for Boston College then.”