As a treat for ESTEEMers to kick off our last home football game against the formidable Wake Forest Demon Deacons, we spent last Saturday morning with Tim Connors, the founder and managing partner of PivotNorth Capital, a venture capital firm headquartered in Silicon Valley. Like the ESTEEM class, Mr. Connors hails from a scientific background, with a B.S. in Electrical Engineering from Notre Dame (like Arnaud, Mark, and Felipe in our program!); he supplemented this technology foundation with a Master of Science in Electrical Engineering and Computer Science at Stanford University, followed by an M.B.A. at Harvard Business School. With 16 years of venture capital experience, he has been actively involved in three companies that each have been sold for more than $1 billion. An avid Notre Dame football fan, Mr. Connors graciously took time out of his busy tailgating schedule to impart his wisdom upon the ESTEEM class. 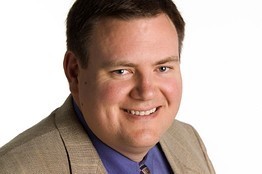 As future entrepreneurs already facing the funding challenges of the startup world, we often think that the more money a VC firm can provide to our startup, the better -- low cash flow makes for a difficult market entry, right? In an engaging and unexpected talk, Tim shattered the “more VC money the better” stereotype and instead introduced to us the concept of micro-VC funding which not only prevents a young company from becoming overfunded but provides valuable mentorship to budding entrepreneurs.

Tim divided key players in a startup launch into two categories: “builders” and “bettors.” Like DeShone Kizer who hits the field each Saturday and head coach Brian Kelly who directs the hearts and minds of inexperienced but mentorable young players, “builders” get their hands dirty and directly impact the outcome of a startup. Entrepreneurs and the micro-VCs who provide $1 million checks -- just enough money to get off the ground -- as well as strong mentorship, serve as the “builders” of young companies. On the other hand, like talent recruiters and DraftKings players who invest in the ND football team from afar, VC firms which provide $5, $15, and $100 million checks to new companies without heavy involvement in company decisions serve as “bettors.” When companies are bet on rather than built, young entrepreneurs can lose focus and confidence: huge VC checks don’t always reflect a strong concept, market, or team. Tim gave the example of Jet, an online shopping startup which hopes to disrupt Amazon Prime’s market dominance by selling minimal margin products on a subscription basis with no competitive advantage for shipping. Although Jet has received $720 million in venture capital (including money from institutional investors such as Fidelity), because Jet lacks the value-driven focus young companies can only receive from mentorship and small scale initial growth, Jet is setting not only its founders but its investors up for disappointment. Throwing money at a problem to create “unicorns” isn’t how to build a quality company: it is the early stage builders, not the bettors, who create true value.

Not only did Tim impart fantastic investment wisdom, but he tied his opinions on the state of Silicon Valley with his personal mission and philosophy. “I really liked how Tim told us that ‘you need smarts, goodness, and grit’ to succeed in the startup world -- our ESTEEM experience has taught us the exact same thing,” ESTEEMer Evan Doney said of Tim’s talk. Indeed, hearing such an influential player in the often cutthroat, cash-focused startup world emphasize value and goodness was refreshing. As young entrepreneurs, we cannot lose sight of our own personal value propositions that our work is to improve the world rather than to generate quick cash -- as Father Sorin would say, Notre Dame is ultimately “a force for Good.”

Thank you to Tim for taking time out of your quick visit to South Bend to speak with the ESTEEM Class- we’ll see you in March on your own turf out in Silicon Valley!