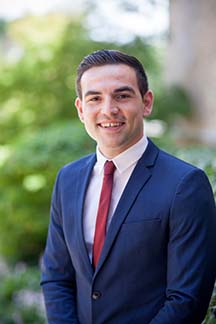 Cancer is among the leading causes of death worldwide. In 2012, there were 14 million new cases and 8.2 million cancer-related deaths worldwide. Shockingly, the number of annual new cancer cases will rise to 22 million within the next two decades. The path to beating this deadly disease has been a long and arduous one, fraught with setbacks. Humanity has managed to keep cancer somewhat at bay by using the three pillars of cancer treatment: surgery, radiation therapy and chemotherapy. Surgery acts directly at the site and removes the tumorous tissue. Radiation therapy blasts cancerous cells with X-rays and chemotherapy delivers toxic chemicals to the body which poisons the malignancies. These traditional methods are still the go-to options for people who suffer from the disease. While these modes of treatment have been highly effective at beating cancer into remission, they are also associated with negative patient side effects as they often destroy large populations of healthy cells.

Over the last few years, a 4th pillar has emerged. It is called immunotherapy and it represents a potential paradigm shift in how we treat cancer in that it can eradicate cancer cells with minimal side effects. While chemotherapy and radiation options add or expose a compound to the body, immunotherapy harnesses the natural power of the human immune system to fight cancer. There are many forms of immunotherapy but the focus of my thesis has led me to concentrate on T cell therapy. There are millions of T cells in our bodies. Think of them as the guardians of our immune system. They patrol our bodies, destroying foreign bacterial, viral and cancerous cells. While the army of T cells work well much of time, cancer has a nasty habit of hiding and evading our immune system and this is when the tumours begin to proliferate.

T cell therapy starts with isolating a sample of a patient's T cells. They are then genetically altered in a lab so that they can find and eliminate cancer more effectively. Finally, these T cells are re-introduced back into the patient. This supercharges the natural power of the immune system and brings the cancer out of the shadows and into the direct line of sight of these optimized, cancer killing T cells. T cell therapy is still in development but billions of dollars have been invested in companies spearheading this technology such as Celgene, Novartis and Juno Therapeutics. In some cases, clinical trials using this method have resulted in complete cancer remissions but one problem remains and threatens the viability and effectiveness of this cutting-edge form of treatment… Cross-reactivity.

Cross-reactivity is a potentially fatal side effect which can occur during T cell therapy treatment. Instead of only eliminating cancer cells, the genetically altered T cells begin to attack healthy tissue too. Unfortunately, this has resulted in numerous premature deaths in T cell therapy clinical trials. A recent in-depth industry report concluded that cross-reactivity “is the primary roadblock to the success of T cell therapies”. The side-effect stems from the way in which pharmaceutical companies design and develop their T cell therapies which exacerbates the natural occurrence of cross-reactivity in T cells. They are altering these T cells using methods which do not account for the unique structural demands of these innately intricate and delicate molecules.

For my thesis project, I was paired up with Dr. Brian Baker and PhD student Tim Riley to solve the problem of cross-reactivity. Brian and Tim are incredible scientists working in the Harper Cancer Institute with an array of expertise covering biology, biochemistry, structural biology and immunology. Over the last couple of years, they have developed unique and proprietary technology which can directly solve the problem of cross-reactivity by developing a completely new way of engineering and altering T cells. I first met Brian and Tim last July and I was inspired by the potential impact of this nascent technology. It could change the T cell therapy industry for the better. The progress that has been made since July is truly spectacular and it has been a thorough lesson in the art of technology commercialisation.

There was originally just technology but by using and applying what I have learned at ESTEEM, we have been able to build a company around this promising technology. We are now Structured Immunity, a protein engineering service provider specialising in the enhancement and optimization of the human immune system. We have designed a business model wherein Structured Immunity engages with pharmaceutical companies as a service provider and optimizes their T cell therapies to decrease the risk of cross-reactivity, allowing customers to develop a safer cell therapy in a shorter amount of time. The value proposition has been quantified, target customers identified and a sustainable revenue model shows that the company will be profitable in a just a few short years. The company has incorporated; a logo has been designed and raising funding is now the primary objective. Structured Immunity is ready for business. 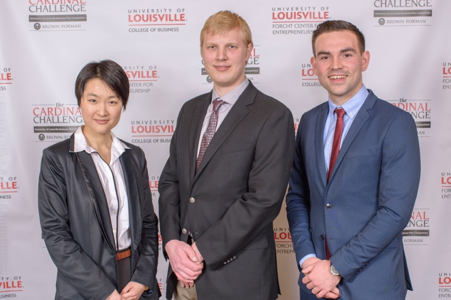 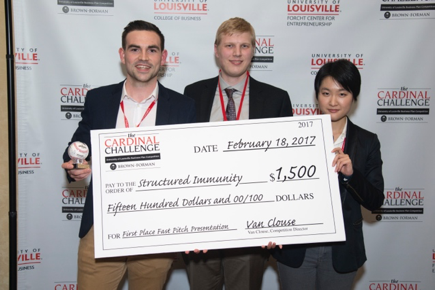 Entering the company into business plan competitions is something I would encourage every ESTEEM student to do with their thesis project in the future. We recently traveled to Kentucky and won the ‘Fast Pitch’ competition at the Cardinal Challenge. While winning something is always fun, it was the feedback from judges which made the event worthwhile. This feedback has been invaluable in guiding more recent conversations with investors and puts the company in good stead for the upcoming McCloskey Business Plan Competition.

It’s been awesome to witness the growth of something promising into something that is truly exciting. Structured Immunity has the potential to have a positive impact on the lives of cancer patients and it has been a privilege to have been involved in its genesis.