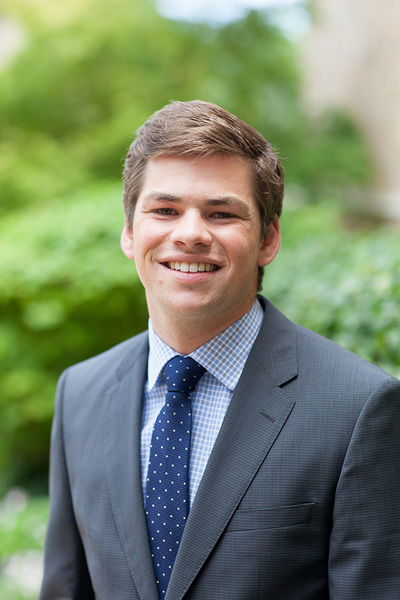 Four and a half decades before Michael Sedor joined the ESTEEM Graduate Program, a small, bankrupt manufacturing company in Tulsa, Oklahoma caught the eye of an entrepreneurial man named Ray Siegfried. Taking a leap of faith, Ray bought the failed business and began building the aerospace company of his dreams. Now officially known as the NORDAM Aerospace Group, Siegfried’s company has grown into a billion dollar, privately owned major aircraft supplier, boasting over 2,500 employees and providing key components to industry leaders such as Airbus and Boeing.

Despite their size and prestige, Michael’s thesis project has granted him the opportunity to work with some of NORDAM’s top employees on an internal innovation project. The goal is to understand and ultimately acquire technology that would allow NORDAM to manufacture and sell electrically conductive aircraft windshields which can keep ice from forming and are considered the safety standard for passenger aircraft. “The technology is fascinating in and of itself,” says Michael, “but I’m also learning more about the Aerospace market than I ever would have thought. Understanding how something as logistically complex as a Boeing 737 is assembled is a really interesting and eye-opening experience.”

Through both research into the technology behind these windshields and a thorough investigation into the aerospace and aircraft windshield markets, Michael’s role as a technical and market analyst has challenged him to apply his Mechanical Engineering background to a large-scale business problem within the Aerospace industry. Moving forward, he hopes to report a conclusive market strategy to his team regarding the acquisition, implementation, and sale of electrically heated windshields.