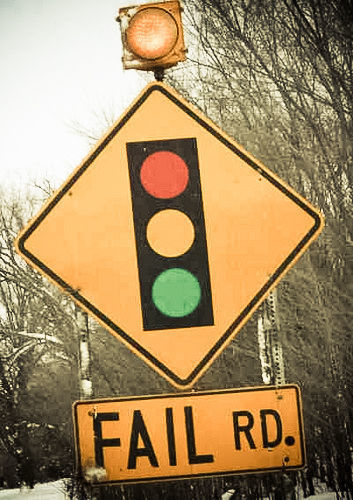 One of the main differences between entrepreneurship and the normal job is the risk someone takes in starting their own company. This risk is primarily financial but the risk is only realized if you fail. If you succeed, the risk that goes with the entrepreneurship is never really actualized. So, with failure being the main downside of entrepreneurship, here are some silver linings even in failure.

Failure is a Lesson: Nothing teaches you better than first hand experience. While, it's obviously better to have succeeded from the first project, you might never learn the lessons that could take you to an even higher level. Failure is a great way to truly see what works and what doesn't - think of A/B testing, you learn as much from the one that succeeded as you do from the one that failed.

Failure Gives You Street Cred: When you win the first game of poker you've ever played, it's called beginners luck. No one gives you credit because you never went through the tests and the trials of losing. When you are an experienced player who has built the knowledge and then you win, they say you are a skilled player. Through failure you are able to learn so much that you can use in the future that people gain a respect. If you don't learn from those mistakes people will begin to doubt your ability but, as long as you learn from your failures, you'll get some street cred. It's hard to take advice from someone who only knows theory, once you've applied theory and seen whether it works or fails, that is when you truly know how it works.

Failure Builds Resolve: You have really want to be an entrepreneur to make it and little says you really want "it" than moving past a failure. Falling off a bike is one thing but getting back up on that bike with the bruises and scabs that came with the fall is what truly tests your character. As with all things, learn from the failure and grow from it, and you'll be a better entrepreneur.

Have you tried and failed and if so, what has failure taught you?