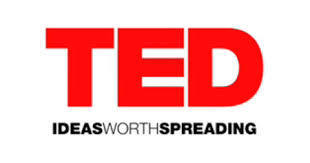 Is TED Actually a Bad Thing?

With TEDxUND tomorrow, we think it’s important to remember what the whole point of the exercise was in the beginning: To inspire positive change in the word, and bring changemakers together to work and share for the common good.

While the critique of TED below is strong, we think that it’s writer, Benjamin Bratton, is really saying that TED has gotten away from it’s core idea, and we want to encourage you, if you are going watch or attend TEDxUND, to be mindful of Bratton’s criticisms and ask yourself: “Am I here to be part of change, or just for something to make me feel good and entertain me?” We hope it’s the former.

Benjamin Bratton really doesn’t like TED. Or perhaps, what he thinks TED has become.

Bratton’s main point in his recent TED talk (gutsy, right?) about how TED, which calls itself a non-profit devoted to “ideas worth spreading,” doesn’t actually have ideas worth spreading but instead merely spreads what Mr. Bratton calls “middlebrow megachurch infotainment.”

Bratton, who is an Associate Professor of Visual Arts at the University of California, San Diego and the Director of the Center for Design and Geopolitics think-tank at the California Institute of Telecommunication and Information Technology, accuses TED, including its speakers and proponents, of thinking “that if [they] talk about world-changing ideas enough, then the world will change.”

Beyond this, though, the U of C professor argues that these members of what one commenter on the YouTube video of Bratton’s speech refers to as the “techno hippy optimism cult” don’t actually want anything to change.

Quoting from the text of the speech, which can be found on The Guardian’s website…

“We hear that not only is change accelerating but that the pace of change is accelerating as well. While this is true of computational carrying-capacity at a planetary level, at the same time – and in fact the two are connected – we are also in a moment of cultural de-acceleration.”

We are getting stupider as our machines get smarter, Bratton says, and people in the current world of TED only toy with risk as a way to reaffirm the comfortable. We have faith in technology but no real commitment to it. While we have “evolved,” we are still essentially dealing with the same problems we were a century ago, still fighting the same wars, both literally and figuratively, and seem content to do so as we move forward.

What is the answer then? According to Bratton...

“Instead of dumbing-down the future, we need to raise the level of general understanding to the level of complexity of the systems in which we are embedded and which are embedded in us. This is not about "personal stories of inspiration", it's about the difficult and uncertain work of demystification and reconceptualisation: the hard stuff that really changes how we think. More Copernicus, less Tony Robbins.”

Are you a fan of TED? Do you find this critique of TED to be fair? If you’ve watched or read Bratton’s speech, what other points does he make that we should pay heed to?