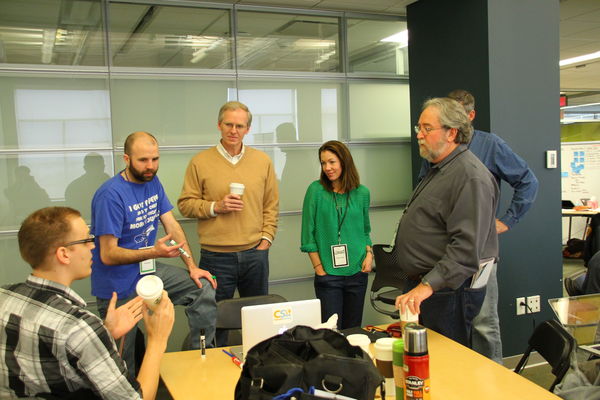 Lilly Kang was a cashier at Starbucks when she saw the sheer amount of waste. Customers and employees throwing away hundreds of cups every day. "People are so caught up in their own life that they don't realize what they are doing to the environment". So she thought there had to be a way to incentivize people to bring in a cup instead of wasting a paper cup every day. In addition, Kang is from Beijing China so english is not her first language so she also had a hard time understanding people's names and an even harder time spelling their names. This led her to wanting to develop a better customer experience to tie to this improved cup. This is where the Starbucks Gold Cup started.

Lilly was ambitious in her first designs, she wanted a screen on the cup that could show coupons or customer information. However, as the team met and worked together they realized that they didn't want to get into the cup making business, companies already source cups - Starbucks Gold Cups are a platform. The platform is a backend that ties into current reward programs for Starbucks, which would only be the first of their clients. The cup is just a tool - think of the cup as the rewards card, it can hold money, it can get you discounts and it can help protect the environment.

The idea is 180 degrees from where it started, and, while talking with Lilly, you can see she is excited about that. "Screens on cups didn't make sense, too expensive, too hard to wash and it was too big of an advanced technology". She sees this idea as well flushed out but she told us she couldn't have done it without her team thinking big and thinking bigger than just the cup.