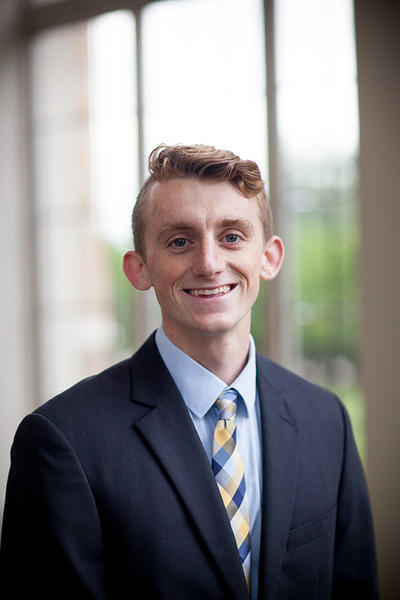 Yet again Silicon Valley/ San Francisco has exceeded all expectations. As a young professional racing to the top of the startup world, this area is undeniably the mecca of innovative energy. As a native Midwestern, I often get articles shared with me about how Silicon Valley is dying…it’s very difficult to agree with that statement after experiencing first-hand the flywheel of entrepreneurial energy in the Bay Area.

Let me explain what I mean with a recap of Wednesday’s activities. Wednesday was classified as ‘shadow day’ meaning the ESTEEM class of 44 broke up into small groups of 5-7. These smaller groups allowed for a more intimate relationship with the venture capitalists and entrepreneurs that were shadowed. I’ll talk specifically about the 3 relationships which I formed during the ‘shadow day’.

Along with 6 of my ESTEEM peers, I started the day off with breakfast in Palo Alto hosted by Ireland Carter, an ambitious young founder building momentum in her own startup. Ireland is currently working on her startup as a side project to her full-time job but is planning on closing an A funding round within the next few months. We were also joined by several of Ireland’s current colleagues from a growing company called Deliv. I spent the majority of breakfast chatting with a software engineer from Deliv named Michael. The main topics of conversation were the relationship between sales and engineering teams within different companies, cost of living hacks, starting a family in the Valley and his own startup which is an alum of the accelerator Plug and Play. I learned the unique perspective of Silicon Valley’s lifeblood, the mid-career software engineer which had many differences to ESTEEM’s usual polished CEO of VC speaker.

Next, I joined a different group of 6 ESTEEMers headed into downtown San Francisco to hear from venture capitalist, founder and advisor of several different startups, Ted West. The ESTEEM group sat in on an advisory call and spent an hour asking Ted questions! Ted also happens to be a good friend and advisor of mine. Our relationship was formed through the last 9 months where as part of my thesis, I actively participate in weekly calls between Ted (executive Director of CFO Plans) and CFO Plans’ CEO, Gary. Additionally, I participate in the monthly call between CEO and the Venture Capital advisory board (which Ted leads) of CFO Plans. Having been exposed to the C-Level strategy which undergoes in these weekly and monthly meetings, I’ve learned a lot especially about business development strategy and growth techniques. The biggest insight I’ve learned is that business occurs between people so having an extensive network that trusts you is crucial to growing a business! I believe by sitting in on one of these advisory meetings, my ESTEEM peers were able to take away some major insights on the relationship between investor and CEO.

To wrap up my day, I took the Caltrain back to Palo Alto to have a 1v1 beer with current venture capitalist and former Notre Dame football linebacker, Joe Schmidt. The former walk-on was voted the team’s MVP in 2014, despite playing in only 7½ of the team’s 13 games. Joe works for a venture capital firm called Accel whose focus is on partnering with early and growth stage technology businesses. Joe isn’t your normal 25-year-old. He’s wise beyond his years with a hunger that is unprecedented. Over the course of an hour, it was evident that Joe’s curiosity and unmatched drive will set him up to be equally as successful off the football field as he was on. If you ever meet Joe Schmidt, you’ll understand pretty quickly he’s not your average Joe.

Ireland, Michael, Ted and Joe are 4 reasons that Silicon Valley is undoubtly not dead. The ecosystem of entrepreneurial ambition to create innovative companies (Ireland) and the technical talent to make it happen (Michael) partnered with the capital and advisory experience to make visions into reality (Joe and Ted) is what makes Silicon Valley unlike anywhere else in the world. The area is an entrepreneurial flywheel with more than enough energy to sustain an economic crisis and a housing shortage and whatever challenge may come next because that’s the motto of the Silicon Valley…. overcome challenges and create a better world.