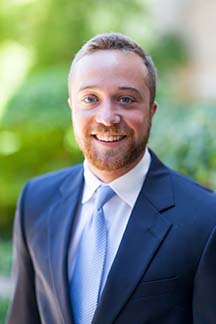 After a successful and scattered collection of the ESTEEM class on Sunday night, our group was eagerly awaiting the Monday speakers and experiences to officially launch our trip to Silicon Valley. The day would unfold to reveal a series of innovative leaders in the Valley, followed by an awe-inspiring visit to the d.school at Stanford University. It was officially time to put the Vegas casinos, Yosemite views and beach waves behind us when the larger-than-life Aisling MacRunnels stepped in front of us to kick off the morning at the AT&T building in downtown Palo Alto.

Aisling, an Irish-born woman with a fire in her work ethic and presence, delivered several empowering messages, none more so than the importance of honesty in criticism and the drive to push boundaries. At Synack, her crowd-sourced cyber security firm, Aisling will push employees that desire the most in their careers – possibly due to her formative experience at LEK consulting early in her own. Synack has achieved a reputation among top government and industry leaders as the most reputable preventative hackers, and with a leader as inspiring yet compassionate as Aisling it is certainly no surprise.

Following our brief brush with a group of crowd-sourced hackers, our focus shifted to a talk by Tim Zanni of KPMG consulting on the impact of disruptive innovation in business. Tim provided a macro-level approach to disruptive technologies on a global scale. There were myriad trends observed by KMPG’s Global Chair of Technology, Media and Telecommunications from a survey among industry leaders including predictions such as the next most-likely technology hub after Silicon Valley and the impact of machine learning on healthcare and transportation. Finally, a somber reality fell over my current job search as Tim predicted that automation and computers could replace 47% of US jobs in the near future – surfing in California will have to suffice for me.

Our final speaker, Bob Tinker; CEO of MobileIron from 2008-2016, brought us back to our entrepreneurial roots with his stories from failed and successful businesses. Bob held a relaxed (in both posture and edgy language) presence in the room, and provided some interesting insight into career development. Rather than following a linear path through a company, Bob took a much more spiraling path, experiencing every aspect of the company before launching himself into virtually any position he desired in a department. Bob would bring a “warrior” mentality to his successful MobileIron, at the same time warning us of the difficulties in maintaining culture and great relationships. 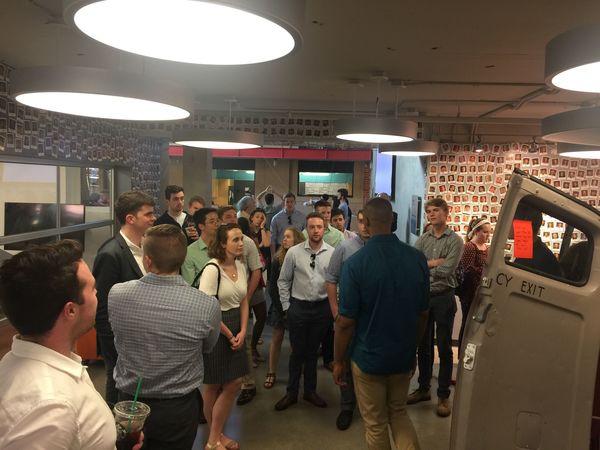 A long morning of speakers was capped off with a trip to Stanford’s d.school; an incredible design-thinking building on the heart of campus. d.school mirrors ESTEEM’s approach to bringing start up experience to education with an emphasis on social innovation around the world. The stunning facility was only half of the lure of the program, as their successful non-profit launches in third world countries are equally impressive.

Following a long day in the Valley, the vans pulled back to the hotel for a pizza and beer closing with some ESTEEM alums from the Bay area. I think there was unanimous agreement that networking in the Palo Alto sunset is admittedly easier than the South Bend bitter cold. I’ve already begun fasting for Sunny’s treat at In N Out tomorrow night, so hopefully his budget is bigger than his dry sense of humor!