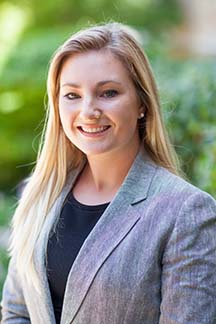 After a day full of speakers on Monday, we were excited to mix things up on Tuesday and kick off the company visits. The day started again at the Notre Dame California campus where we heard from Jim McVeigh, ND alum and CEO/Co-founder of Cyndx. His company is a fin-tech firm with two divisions – Cyndx Advisors LLC and Cyndx Networks LLC. “Networks” uses data it obtains from third parties to recommend investors that licensors should target and provides data service platforms for communication between companies seeking capital/strategic opportunities with institutional investors. “Advisors” provides growth stage companies with access to experienced, licensed investment banking professionals. It was intriguing to learn about this innovative way of banking that utilizes data synthesis to match companies with potential investors.

Before he founded his own company, Mr. McVeigh received his MBA and worked for 20 years in investment banking. He also served as a Lieutenant in the US Navy, an experience from which he says he has drawn many lessons that have influenced the way he has built his career and done business. Leadership and honesty are two of the qualities he feels are most important from his time in the military. He emphasized the importance of creating a culture of trust within an organization and amongst the people you're working with. Mr. McVeigh is a prime example of a class act that has thrived in his career by acting with integrity. 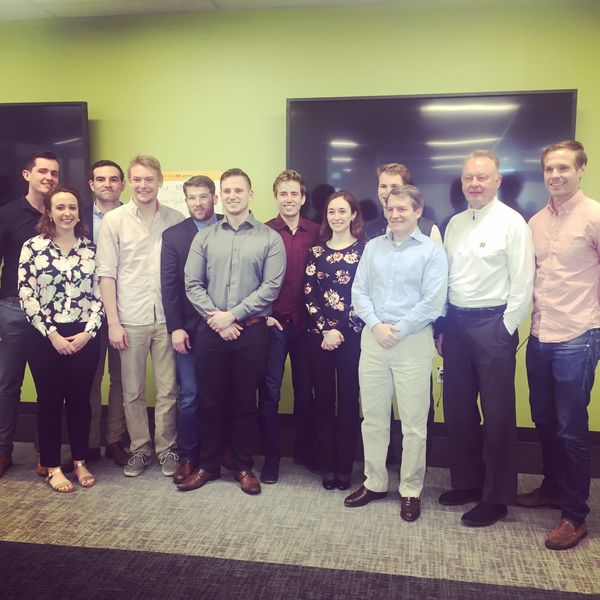 Afterward, several ESTEEM students had the opportunity to pitch before a panel of Silicon Valley VCs and angel investors. Many of the students presented their thesis while some did other ventures they're working on. Even though many of us ESTEEM students have heard our peers pitch on various occasions, I always feel that I learn something new or insightful each time. Everyone did a fantastic job and the judges acknowledged that the pitches were on par with the high profile presentations they hear on a regular basis in the valley. It goes to show that the ESTEEM curriculum has prepared us well to succeed in the real world.

Following a delicious lunch from a local Palo Alto cafe, we piled into the vans and hit the road to San Francisco. The group was split in two with half going to Meltwater and the other to Pivotal Labs. After a 45-minute drive into the city and an impressive parallel parking job by our driver Chris Stepien, my group made our way to the Pivotal offices. It was a swanky industrial space complete with a plethora of standing desks, long rows of Mac desktops, and white boards filled with diagrams and covered in Post-It notes. We felt a bit out of place dressed in business casual attire as we quickly realized that the stereotype of the Silicon Valley jeans-and-t-shirt dress code exists for a reason.

At Pivotal, we started off with a brief presentation by a director, product manager, designer, and developer. It was interesting to see how they work together as a team and to hear about their business model. I was glad to hear that the designer is an integral part of the entire project process, not just at the end when it comes time to develop with the final product. They do this because they view the designer as the one who understands what the customer wants and needs, and as such, it is critical that they help articulate the voice of the customer throughout the project evolution. This is exactly in line with what we’ve learned and practiced in ESTEEM so it was gratifying to hear a reputable company implementing the same principles.

Students who toured Meltwater noted that employees seemed to enjoy their work in a laid-back, productive environment. It was exciting to see a relatively young firm already have such a large global presence. Plus, the founders used $15,000 of their own money to bootstrap the company, an impressive feat in itself. Students were impressed with Meltwater’s emphasis on giving back in the form of providing entrepreneurship classes to students in Africa. 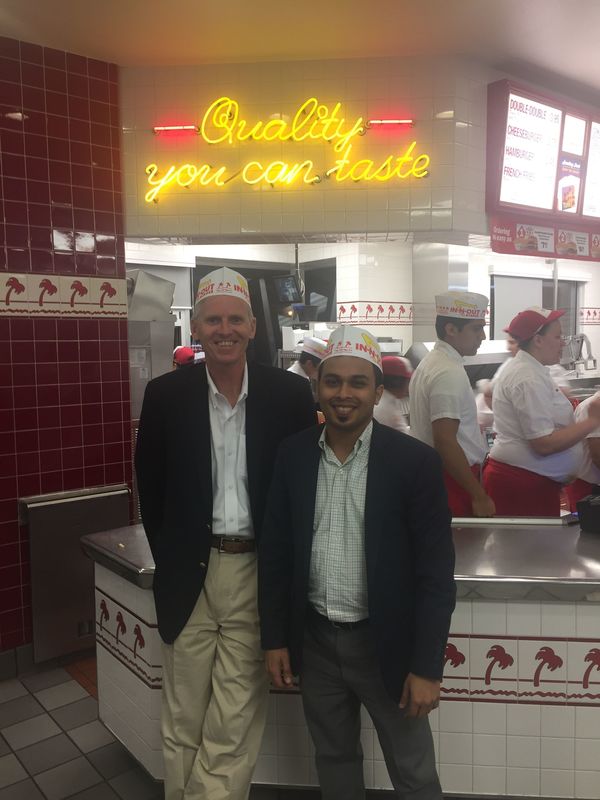 The day concluded back in Menlo Park with a reception hosted by CzechTech Co-Founders Richard and Barbara Pivnika at AutoVino, a wine and car storage warehouse. We opened with a Q&A between Ian Sobieski, Co-Founder and Chairman at Band of Angels, and Marc Tarpenning, Co-Founder of Tesla. We also heard from a few other speakers, one being Buddy Burke, Apple’s Resident Presentation Expert. He gave a few pointers on public speaking and even had a few students come up and implement his techniques on the spot. A reception followed with plenty of wine to go around and networking with more entrepreneurs from Silicon Valley. Of course, no trip to California is complete without a trip to In-N-Out. We topped off the evening with the west coast’s finest and called it a night. Tomorrow is another full day of shadowing. It will undoubtedly be a great experience to gain more exposure and hands-on learning at some of Silicon Valley’s top startups.