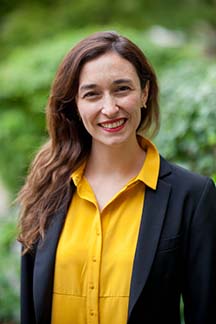 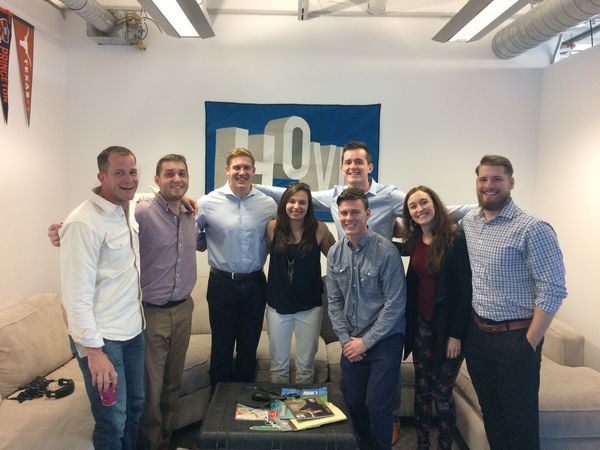 On Wednesday, the 4th day of our Silicon Valley trip, six ESTEEM students and I chose to spend the shadow day with AJ Altman, Founder & CEO of Hover. Hover offers an innovative software that allows you to get a 3D property with all the measurements from photos taken with a phone.

AJ studied Computer Engineering at the University of Notre Dame. When he graduated from the university, he worked for four years at Intel. At 29 years old he joined the US Marine and traveled to Irak. He comments that he didn’t enjoy his experience in Irak, but that it made him a more courageous and humble person, and he learned to appreciate the simple things in life. When he came back to the US, he decided to pursue his dream of building his own company.We met with AJ at Hover HQ in San Francisco. First, he explained how the product was developed and how it worked, and then, he encouraged us to ask questions, which was great because it allowed us to guide the conversation according to our own interests. Also, he supported his answers with a presentation about Hover.

He knew contractors spent a significant amount of time measuring properties, which led him to found Hover in 2011 and start developing a new software that would solve this problem. To date, they have raised multiple rounds of investment and the company is growing exponentially, but he states that in the first years they went through hard times. AJ used the following quote by Harriet Beecher Stowe to explain what he believes about the challenges he has experienced building Hover: “When you get into a tight place and everything goes against you until it seems that you cannot hold on for a minute longer, for that is just the place and time that the tide will turn”.

The shadow day with AJ turned out to be one of the best experiences I’ve had during the Silicon Valley trip. We enjoyed learning about a successful startup that has created a tremendous value for contractors in the US. At the same time, speaking with AJ inspired us to follow our dreams. He taught as that if we are passionate about something, we just have to start working on that and be persistent.