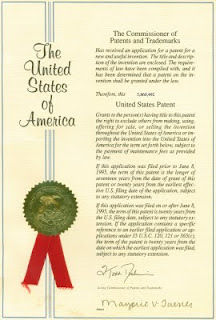 It is no exaggeration to say that what’s stirring the pot in Silicon Valley right now isn’t the latest i-Gadget—it’s tech patents. Licensing intellectual property is a big money maker out there, where something as intangible as an algorithm is often the hottest commodity. Protection of IP is the sign of the technological times—consider that a majority of the half-million patents applied for each year are tech-related.

And right on the heels of last week’s Shark Tank post (BTW, have you auditioned yet?) we see one of the biggest fish in the Tank, Mark Cuban, is now involved in a patent-fueled frenzy.

Because patent cases can often be more complex than the technology in question, here’s the IP Engine/Google/Cuban fiasco in a nutshell according to Fast Company: in 1998 engineers Andrew Lang and Donald Kosak patented an algorithm that allowed search engines to scour the web and filter the results. While the patent was bought and sold since, it is now owned by IP Engine, who claims Google and other companies like AOL have used the algorithm and therefore owe a royalty. Given that Google alone makes 38 billion annually, a mere fraction of that would be a tidy sum.

And Cuban, well, he caught the scent of money in the water and as a major investor, is backing the lawsuit full force.

What’s interesting, however, is not only the staggering amount of profits this one little algorithm has produced, but how much the world has come to depend on it. Can you remember the world without the many connections right now at your fingertips? Have you got the next game-changing idea? How will you make it happen?