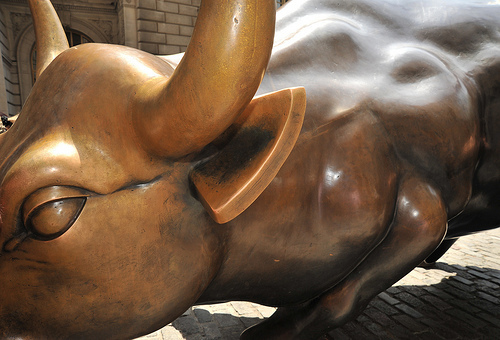 This just in:  A bit of good news about the economy for once!

In what can only be described as a landmark achievement for the traditionally dour mainstream news markets, two separate articles highlighting a positive take on the state of the economy went to print this past week.  And guess what, they were both centered on the world of small business.

The first, from the Market Watch section of The Wall Street Journal, detailed how small business optimism has increased to the highest levels since before the recession.  The article uses data gathered from the latest Wells Fargo/Gallup Small Business Index, and states that optimism has gone up by 9 points to a positive 25.   This development can be tied to three key indicators:

Taken together, a positive report in those three areas creates the type of conditions necessary for improvement in the small business sector, which leads us to the second article of interest, a report by USA Today which states that small business payrolls are continuing to rise.

The article, which echoes the sentiment that small business confidence in the future is on the rise, cites a statistic by payroll processor ADP which states that job creation at small companies doubled to 82,000 in the last six months.

Additionally, it lays out the argument that small business hiring has not, and most likely will not slow down as a result of the health insurance mandate found in the Affordable Care Act.  Some economists had previously worried that the upcoming provision, which will require businesses with 50-plus full-time-equivalent employees to offer insurance to people working 30 hours per week, would cause employers to curb hiring.  The article quotes chief economist Moody’s Analytics Mark Zandi, who states that there is currently no evidence to support that claim.

All-in-all it was a red letter week for the world of entrepreneurship, as small business growth continues to be a key driver for an improving economy.