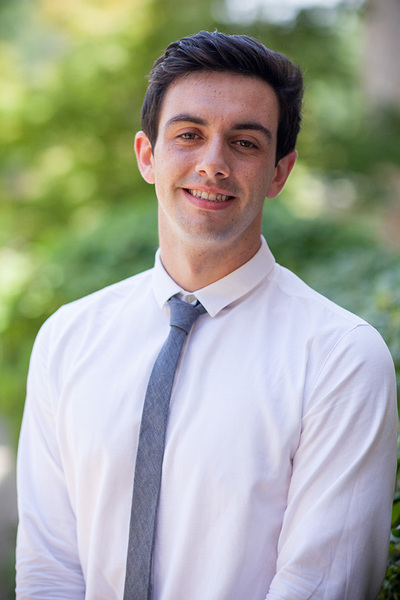 After a disheartening result against UT, work in ESTEEM began again in earnest. While Consulting week had come and gone, career week had us suited from the get go. Starting off the week with Prof. Kitz and learning about the inner workings of the marketing world, refreshing our knowledge of consulting frameworks, and realising the existence of traumatic 'dog-o-matic' washing machines, all augured well for an interesting few days.

Prepped for a long day of plámás (Irish flattery, aka "networking") and enticed by some free food, Niall and I actually arrived way too early for the 'Breakfast with Champions' and were quickly escorted downstairs, where Cindi acted both as bouncer and networking coach. After quickly being told that we weren't the champions and going through a crash course in 'How to Wear Your Name-tag', we all went upstairs to chat with some people working in a few leading tech and consulting firms. By late afternoon, with my padfolio in hand, a peppy crew of ESTEEMers and I were then on the search for a job. It was a first for us all - and to be honest it was the first career fair I went to where my main goal wasn't to collect as many free things as I could. As far as I know, though, Ken managed to do both, collecting a backpack, several water bottles, and millions of pens. After the long day had finished, it was off to Carmela's for a night of aperitivi and antipasti. Getting to chat to my friends for the first time in a while (and not having the conversation shift towards networking) was a refreshing change and was exactly what we all needed. Naturally, however, the conversation did end up swaying to the aftermath of our networking, with Michael outshining us all by racking up several job interviews and offers. In fairness, though, he does have 500+ hours in SolidWorks... 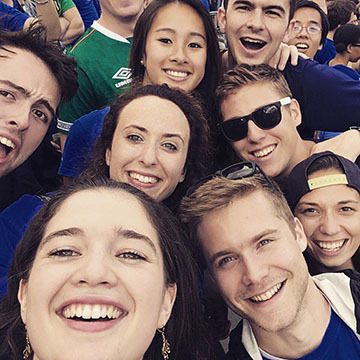 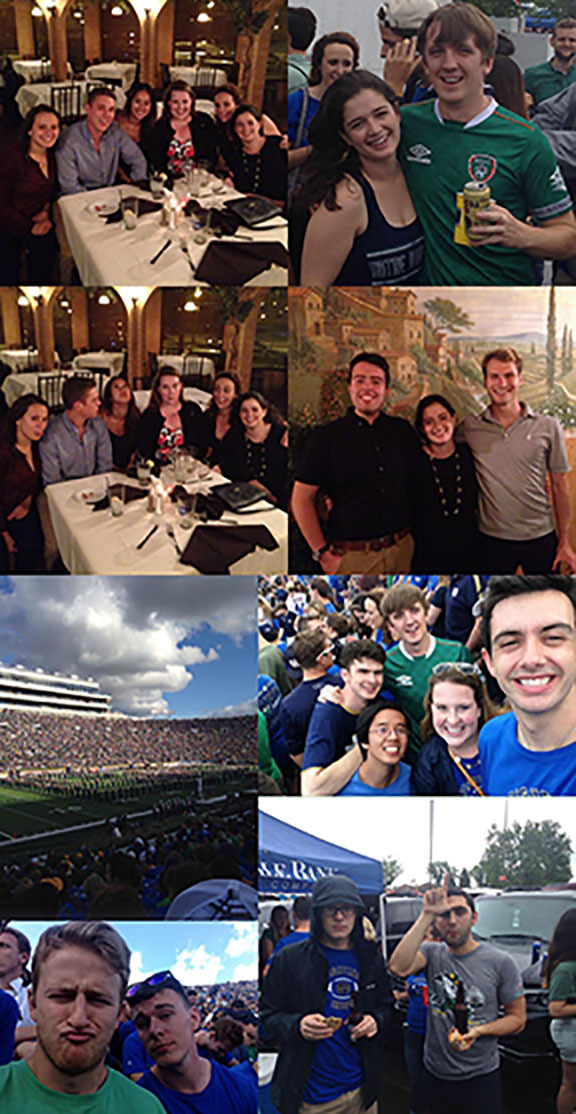 Towards the end of the week, the first draft of our thesis chapters I & II began shadowing everything we did. 'How's the thesis going?' quickly became a common opening line to all interactions, followed by a silence, a shrug, or sometimes a few tears. I was really feeling the pressure augment, since game day was approaching, but thankfully Sunny quickly saved us all by postponing the due-date to Monday night. With this problem out of my mind, it was time for some football! With zero prior knowledge, I had no idea what to expect. Campus noticeably changed on Friday, with tourists and alum populating the beautiful grounds. Saturday started as it hoped to go on as things kicked off with some delicious food, tasty mimosas, and great music courtesy of Brendan and Ken. Heading toward campus for the real tailgates, was incredible. The atmosphere itself was intoxicating. Tents, grills, and laughter filled the lots as Notre Dame metamorphosed into a colourful bazaar bursting at its seams. As an Irish boy, the only way I can only describe it is as a very civilised version of St. Patrick's Day. As the game commenced, it was obvious The Fighting Irish were on the road to victory. I was somewhat confused at the start (mostly with the chants and gestures you had to do at certain points of play) but Karl and Marisa taught me a lot of the game rules throughout. In the end, I enjoyed it a lot more than I expected! I'm already planning the future trips back to Notre Dame for football season and I'm excited to introduce the true ND game spirit to my parents and sister.

But, now that the first home game day is over, it means I have no excuse not to do my thesis work, which is a lot. So, my Monday will be sponsored by Keurig and I will undoubtedly be stressed for a few hours, but the thoughts of next weekend and the atmosphere will help me get through. You're going down, Michigan State!