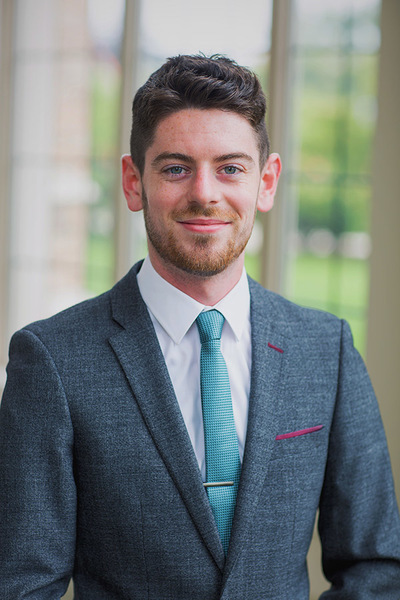 As I sit down to write this blog post in the cozy kitchen of my parent’s house in Cork, Ireland, I can’t help but reflect - not just on a whirlwind week, but on six incredible months of ESTEEM. Since arriving in South Bend in June, the concept of a ‘dull moment’ has become a distant memory. To us small-town Irish folk, America has always seemed like the Land of Opportunity, but the sheer volume of opportunities that have presented themselves over the past few months has been one of the biggest surprises of my time here. Throwing myself head-first into internships, research projects, startups and sports clubs has made the past six months some of the most rewarding of my life.

Like most weeks in ESTEEM, the week went by in a blur. Our classes officially wrapped-up (brace yourself for more Christmas puns) last Wednesday, giving us a nice little window of relative down-time this week to use as we all saw fit. My Monday started off with a call from a prospective student in Ireland. I would never have found ESTEEM, much less submitted an application, had I not had a conversation with an ESTEEM alum this time last year, so the value of ‘paying it forward’ with similar conversations of my own is readily apparent. It’s really hard to overstate just how helpful it can be to speak with someone in the exact situation you’re evaluating for your own future - especially if that person is a close friend or shares some other common traits with you. On top of everything else, spending over an hour on Skype describing how much fun you’re having and how amazing your past six months have been definitely puts a lot of things in perspective and reminded me just how lucky I am to be here. 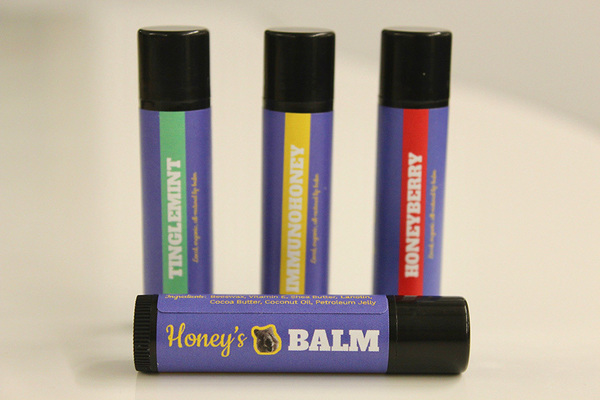 The following morning, I met with Brandon and Graeme, my classmates and founders of Honey’s Balm, a lip balm company which has been selling to our classmates, faculty and friends for the last few weeks. The guys recently brought me on as a team member to help out with branding and general operations, and it’s been one of my most rewarding side projects ever since. This week’s meeting was a short update on some of the previous week’s meetings with experts in the grocery store and consumer goods industries, which had been set up for us as part of the IDEA Center’s accelerator process. We also had to decide how many units of our fancy new batch of lip balms we each wanted to take home and sell to our respective families and friends over the Christmas break!

Most of Tuesday was spent preparing and participating in an update call with my capstone thesis project sponsors. NeoPhotonics Corporation, a publicly-traded Silicon Valley electronics company, have tasked me with finding some new application areas into which they can launch products, and this particular call was a remote presentation of my progress so far in customer validation. One of the most important learnings from the first few months of ESTEEM is that there are always plenty of people who know a lot more than you about any given topic, and it’s almost always a good idea to put yourself in front of them and better your own understanding based on their insights. This process of outreach, scheduling and taking calls, and synthesizing information into key insights, is a central part of our thesis project and has formed the bulk of our thesis work in the last few weeks.

After no shortage of useful advice and guidance from my thesis sponsors, I squeezed in a quick run in the brisk December air to clear my head. After that, it was time to wind down with a quiet evening at Brothers Bar. Most of our classmates had skipped town pretty quickly after classes ended last week, so the turn-out this evening was mainly international students who had made the rookie mistake of reserving their flights home a week later than everyone else! After an intense few months, this week gave us all a nice chance to get in the Christmas spirit with one another and reflect on our time together without getting overly Santa-mental (get it? Sentimental? I’ll show myself out).

The following morning brought with it another early start, for a nice informal wrap-up meeting with my team supervisor at the IDEA Center. After an incredibly fulfilling and rewarding few months spent interning as a technical market analyst evaluating the commercialization potential of university research technologies, I decided to cut back my hours slightly and focus more on other side projects for the remainder of my time here. One such side project was my job search, and I was glad to dive back into this process this week. I spent the rest of my Wednesday doing some background reading and prep for two important career calls. The first of these was with the COO of an Artificial Intelligence startup out of Boulder, CO, who I had met at TechCrunch Disrupt, a startup conference in San Francisco in August. The mere fact that calls like these have become a day-to-day regular occurrence is still a little bit mind-blowing.

The following day carried a bit more weight - I had a job interview with another startup, this time working out of Chicago in the telecoms space. Telnyx have employed some ESTEEM alumni in the past and were kind enough to organize an office tour for any interested students. From here, conversations naturally turned more serious and a few classmates and I were called for interview. After some intensive preparation in the preceding days, we took an early train to Chicago and spent a few hours talking to staff in various roles at Telnyx’s swanky top-floor office in River North. As I write this post, I’m scheduled to hear feedback from this interview in just a few hours - fingers crossed! 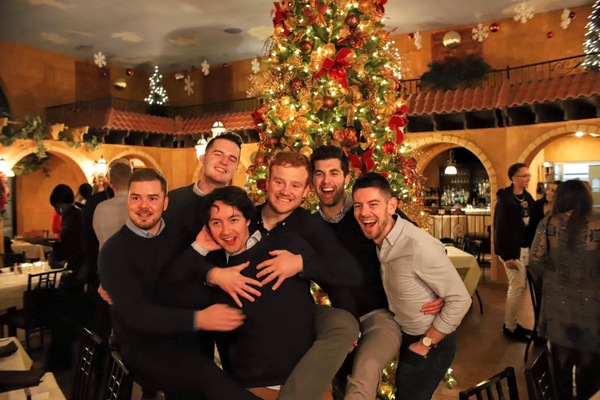 Somehow, coming up to the most pun-derful time of the year (sorry), this week of downtime morphed into a breathless stretches of appointments and errands - so much so that the take-home final exam for our Technical Marketing class which I completed on Wednesday completely slipped my mind! This really speaks to the ESTEEM lifestyle - while academics are crucially and undeniably important, an equal value is placed on personal development, pet-projects and generally squeezing the maximum possible benefit from our time. As I wrapped up some final errands (such as laser cutting a wooden photo frame as a Christmas present for my mother using ESTEEM’s Innovation Lab facilities!), it struck me just how amazingly unlikely the past six months have been. From the moment I arrived at Notre Dame, my life has been a whirlwind of rewarding hard work, incredible new experiences, amazing friendships, once-in-a-lifetime opportunities popping up on a weekly basis, and a scarcely believable level of support and encouragement from friends, family and faculty. It’s been a wild (sleigh) ride, and I can’t wait to jump back on in January.