Niels Seim had a year left in his Air Force ROTC when he graduated from Notre Dame last year with a degree in aerospace engineering. He considered pursuing an MBA before he heard about ESTEEM’s 11-month master’s degree.

“I kind of always wanted to be a business major, but I didn’t want to do it as an undergraduate,” Seim says. “I said, ‘how can I leverage the engineering stuff I’ve done the past for years moving forward, and the ESTEEM program popped up.” 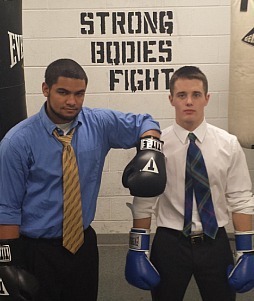 The business-innovation education will serve him well in the Air Force, for at least the next five years, he says, as the military seeks creative ways to accomplish the mission with fewer resources. It will also prepare him for any future career, whether corporation or startup. “Hopefully one day I’ll be my own boss,” he says.

Seim broadened his technical experience by working with Thomas Pratt, an electrical engineer and research associate professor in the Department of Engineering. “We’re working on a soil moisture sensor which is actually a civil engineering application, an agricultural application.” Early in the year, he mastered the technology, which is still in the very early stages. In the spring, he developed a business plan for eventual commercialization and marketing.

“If it works, there’s obviously a huge market in agriculture,” he says, adding that factors such as drought conditions in California increase the urgency for the product that can save money and water. “Only about 10 percent of farmers right now are using sensors to figure out soil moisture. The savings people could have that aren’t using it are extraordinary. There’s a huge market right now for that. We see it in places that get hit by drought. They definitely need something like this.”

Market research suggested a focus on agricultural consultants, advisors who have won the farmers’ trust on a broad range of issues, Seim says. The technology could also be integrated with a partner’s irrigation system.

“The technology is still pretty much in its infancy. There’s a patent on it. There’s been testing. There’s no proof of technology yet. Two years from now, it might be ready for another student to be able to go forward.”

Upon graduation from ESTEEM in May 2014, Niels was commissioned in the Air Force and will be stationed in Hawaii.