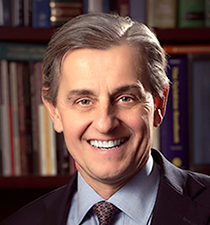 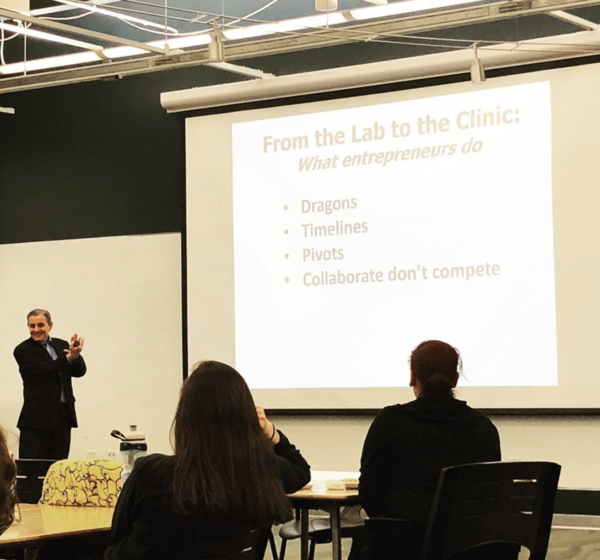 Tracey spoke about the impact that entrepreneurs have had and how it is important to have a “dragon” to fight in order to not give up the end goal or be discouraged by slow processes, especially in healthcare. Tracey’s definition of a dragon is an obstacle or circumstance that you are trying to defeat. For him, the death of an 11 month old baby, Janice, led him to study shock, her cause of death, for the next 30 years. Shock is his dragon, and this motivation has driven him to create innovations that have helped save the lives of thousands of individuals.

Tracey believes that what makes someone an entrepreneur is the drive to accomplish something bigger than themselves, and with this encourages students to always persist until they can defeat their dragon.