One of the most impactful things the director of the ESTEEM Program, David Murphy, stresses to us students is to find a compelling “why?” as we discern what sorts of entrepreneurs we will be. The truly notable “whys” seem to stem from big problems and deep seeded passions to address them. But how does one find that big problem needs to be solved? From what I’ve seen, the best entrepreneurs are those that can listen well. They find their “why?” by paying attention to the world around them and identifying potential for innovation. 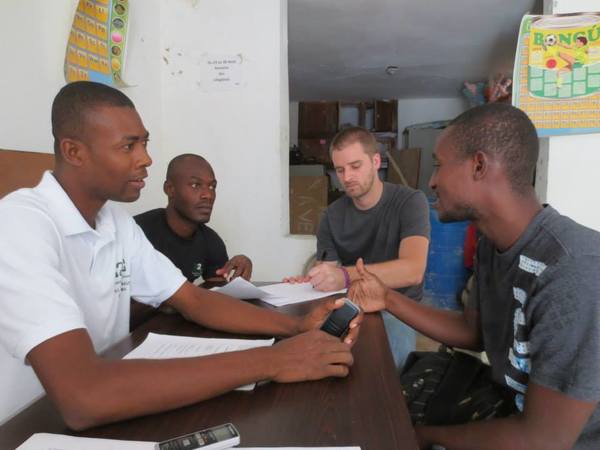 But what makes listening with social entrepreneurship different? It still requires all of the skills already necessary for the successful entrepreneur. Great entrepreneurs innovate in a way that is attentive to the needs of their customers. If you want to make a better basketball, you talk with a basketball player. Likewise, if you want to create a better solution to homelessness, you talk with people who are homeless. With social entrepreneurship, however, the entrepreneur is listening to the opinions of a customer segment that is typically ignored or outright silenced in many different ways. In order to really hear the voices of people in these situations, the social entrepreneur must get very close to them. This requires not only getting out of an office, but getting out of a very tangible comfort zone. While this can be awkward or frustrating it seems like it is in that tension that the most passionate “whys” appear.

I saw this sort of listening in action while working with the social entrepreneurship startup, Engineering2Empower (E2E). The company was cofounded by ESTEEM Graduate, Dustin Mix, and his thesis advisers Dr. Tracy Kijewski-Correa and Dr. Alexandros Taflanidis. E2E seeks to “Listen, Innovate, and Empower” to create a better housing model for Haiti in the wake of the devastating 2010 earthquake where over 230,000 people were killed due to inadequate housing structures. While E2E is made of experts in structural engineering, the E2E team spent over 2 years after the earthquake solely talking with residents in Léogâne, Haiti, the site of their pilot housing model.

Through their conversations, E2E gained a more comprehensive picture of the citizens’ needs. They found that these needs dealt not only with the structure of the house, but also encompassed the role of the home in Haitian society, financial limitations of the average Haitian, and the long-term construction limitations due to environmental issues such as deforestation. These latter issues are often unaddressed by aid groups in Haiti because they pose harder questions than just how to build a structure. For the E2E team, the insights of the community challenged them to seek more innovative answers to a problem that was intimately felt by the people the team had grown to befriend.

Because of the extensive work E2E has done to listen to and closely involve the community, the team has created a much better housing model than anything they initially envisioned. If you hear any of them speak about the project you will see that they also have strong relationships with the people they talked to which will not only foster future innovation, but is also the real fuel for their passionate “why?”.

Following E2E’s example, as we search for the “why?” that motivates our entrepreneurship we should listen attentively to our surroundings. Social entrepreneurship like that of E2E can teach us that this listening will sometimes bring us to an uncomfortable place. But in this uncertain space we can wrestle with and ultimately find what will most motivate us to innovate with both passion and compassion wherever we are.