Hard to believe we’re back in South Bend already. 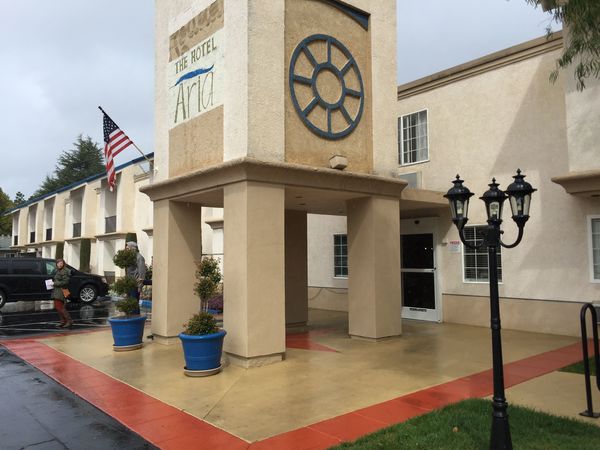 Friday was our last day in the rainy Silicon Valley. Last continental breakfast at the quaint Hotel Aria in Mountain View. Last haphazard piling into rented minivans. Last opportunity to cull as much insight about innovation from the hustlers, hackers, and hipsters here in the Valley leading the way into a very brave, new world.

Our drive to the SAP offices in Palo Alto (just down the road from the Tesla headquarters and Elon Musk’s proprietary, tented parking spot) was perhaps the first relaxed ride we had all week. Around 9am, Michael Brown, VP of User Experience at SAP, welcomed us to SAP’s Dear Creek Rd. campus, and our last structured experience of the trip. Not entirely sure what we were in for and exhausted from the previous gamut of visits, the two hours, three presentations, and one tour that followed actually answered one of the more intriguing questions facing modern technology-based businesses. Mike Brown and his colleague Manju Bansal shared with us SAP’s secret sauce to surviving the 21st century: the best way to prevent a competitor from disrupting your business, is to disrupt it yourself first.

HOW TO DISRUPT YOURSELF

Just about every story we heard in Silicon Valley—and in ESTEEM in general—has involved some theme of disruption. At this point in the curriculum (and the week in SV), entrepreneurial cliches like “disruptive” rolled more eyes than “collaborative” workspaces, “agile” and “iterative” working cultures, even the ever-”innovative” new business idea. Sometimes, at least in South Bend, it becomes difficult to see just how instrumental the developments represented by these concepts can be in real business terms. 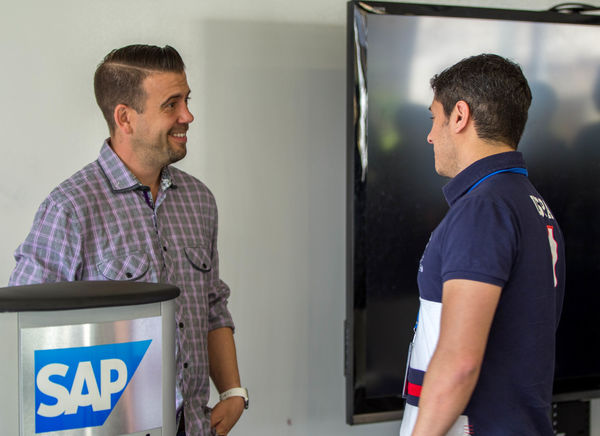 But for a business like SAP—a massive technology giant from the 1980s—these paradigms are crucial to surviving the explosion of tech startups over the last 10 years. The past decade has witnessed the decline of a number of the technology juggernauts that launched the dot com era and everything that has followed (think Microsoft, Yahoo!, Dell). SAP appears to be riding the wave out alright, but as we learned throughout our last morning in the Valley, not without considerable effort. Survival has demanded SAP to essentially disrupt itself, making substantial shifts in company culture. It has demanded that a features-driven software company morph into an experience-driven solutions company through a bottom-up realignment of values and strategy. Mike Brown let us in on the key to SAP’s ability to adapt: lead with discovery and design, and everything else will follow.

IS DESIGN REALLY THAT IMPORTANT?

For context, the ESTEEM curriculum introduced Design Thinking through our Design Entrepreneurship and Design Thinking classes back in Summer Session nearly eight months ago. Numerous professors throughout the ESTEEM curriculum cited Steve Jobs’ fastidious obsession with design and how meticulous detail informed every success Apple has had since Jobs rejoined the firm in 1997. The day before we visited SAP, we spent the morning with ND alum and IDEO co-founder Dennis Boyle at IDEO’s offices in Palo Alto to learn more about how IDEO’s founding vision rooted in Design Thinking continued to promote their work today. That night even, serial tech entrepreneur Jack Porter told us that the old start-up paradigm of Hustler + Hacker now required a new element—the Hipster, the natural-born designer—to attract funding. But until Mike’s talk at SAP, I think it is safe to say none of us in ESTEEM truly appreciated just how instrumental design would be for any 21st century venture.

All Mike needed to prove his point was the Design Value Index published by the Design Management Institute (DMI) in 2015. As the DMI puts it, “2014 results show that over the last 10 years design-led companies have maintained significant stock market advantage, outperforming the S&P by an extraordinary 219%.” While design can be validated in a number of qualitative ways, Mike pointed to the quantitative research published by DMI to demonstrate why a company as large as SAP thought it was worth the time and effort to shift the entire mindset and culture of their company. Without this shift, Mike said, the enterprise business—and SAP along with it— would have soon decayed into a “dead topic.” 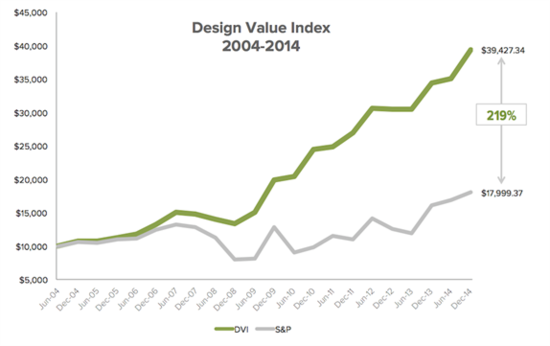 According to Mike, a BusinessWeek article first tipped off one of SAP’s founders to the importance of design thinking in 2004. In 2012, Mike was brought in to lead the company’s full-fledged adaptation of design and customer experience, a rebuilding of brand and company practice from its very foundation. Mike called his work at SAP the “Humanization of Enterprise”: the shift from “features to experience.” He admitted the difficulty of coordinating a system-wide culture shift for a company as large as SAP (whose HANA servers facilitate more than 80% of web-based financial transactions, with products and services maintained by more than 70,000 people worldwide), and shared three hacks he’s used to promote SAP’s transition to a design-centric firm it is today.

First and foremost, Mike emphasized the importance of balancing designers and developers, ideally a 1:10 ratio. Most large companies push this to 1:100 or even 1:1000, straining the resources of their design teams and ultimately delivering products customers may want, but cannot really use. By investing in designers and activities that engage with customer stories, businesses like SAP can more quickly adapt to changes in the market and continue to provide value for their customers.

It is one thing to begin hiring more designers and customer relationship managers, and another entirely to change the way a 40-year-old company operates at the core of its business. Mike pointed to this shift in mentality as one of the most crucial to SAP’s flourishing. At a base level, product development teams were reorganized to integrate business, technology, and design perspectives into every step of the development of any new technology application. SAP inverted its distribution of resources, investing more in innovation and idea-exploration than they had previously. SAP began to value problem-finding more than problem-solving, promoting solutions that solved direct customer needs in a way that customers could actually enjoy interacting with.

Finally, to facilitate this change in mentality, SAP knew it had to reengineer their working environment completely. Mike and his colleague Ivana toured us through a number of SAP’s renovated spaces to let us experience them first-hand. Besides white-boarding at least one wall in each room, SAP created small, modular group working spaces for both in-person and tele-presence collaboration. They also built what they call the  “d-shop”, a creative lab full of workbenches—empty canvasses really—and gadgets, gizmos, and all assorted technological tools meant to encourage designers and developers alike to brainstorm with their hands. I will admit, I was initially confused about why a software-as-a-service (SaaS), cloud-platform company could find value in paying their engineers to use such a space. But as Mike, Ivana, and the head of the Palo Alto d-shop David explained, low-fidelity products allow engineers to test for variables like user experience in a real physical space before dedicating more resources to a project. Not only did the space provide a creative outlet, but it reinforces the emphasis on experience-based development essential to designing experiences that will get SAP customers to buy again and again and again. 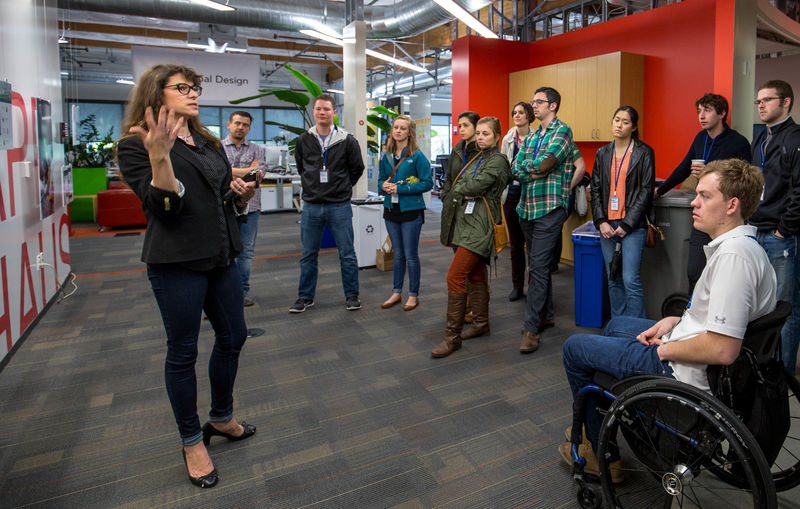 IF YOU CAN’T BEAT’EM, JOIN’EM

The adoption of design at the core of SAP’s identity has already proven instrumental in its resurgence over the past decade, but a number of other initiatives have helped SAP continue to compete in the face of smaller, leaner technology startups. One such program is SAP’s Startup Focus, led by VP Manju Bansal. As he began his presentation, he noted that

“SAP’s customers tend to be more conservative. They’re very focused on what they do, they’re here because they do what they do very well, but they’re not very disruptive. But they’re being threatened by young, disruptive startups.”

To help their customers compete, SAP has begun taking startups from around the globe under its wing through its Startup Focus program. SAP gives access to powerful cloud-based database and predictive analytics tools, enabling the smaller outfits to build products that SAP could then help to sell to its well-established customers. This unorthodox model has not only promoted SAP’s database tools but solved pain points for both startups (traditionally without access to powerful tools like SAP’s) and the Panasonics, GEs, Sonys, and others who didn’t have the flexibility and agility to innovate and compete. 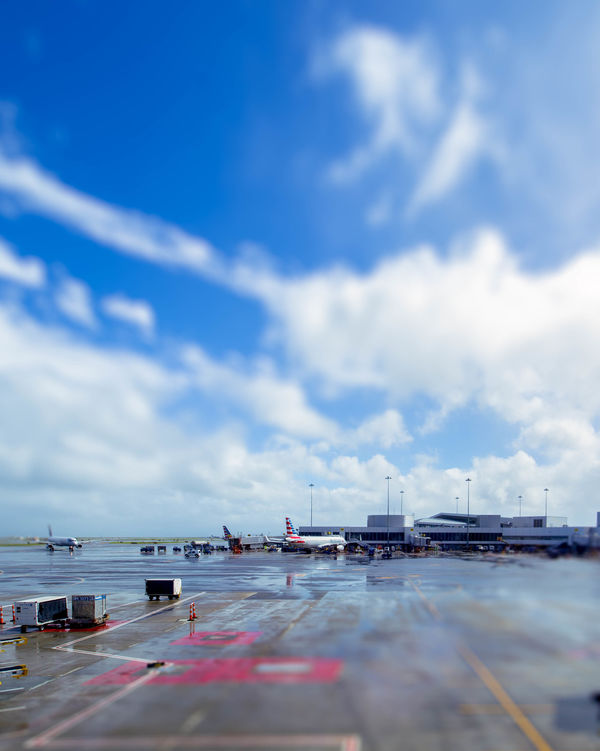 Not that any of us in ESTEEM are going to launch our businesses in May. But the past week in Silicon Valley imparted so many stories stories and nuggets of entrepreneurial wisdom, we will need every week of the these last two months of the program to truly unpack what they mean for our theses, our next steps with ESTEEM, and our careers as a whole. All-around, an exhilarating adventure and one of the most intensely illuminating weeks of the ESTEEM program as a whole.

One final note. This week could not have been possible without a number of very important, busy people who donated their time, connections, and resources to make this invaluable possible available to us. First and foremost, a great thanks is due to Sunny Shah and the Spring Break organization community, who coordinated every talk, visit, lecture, and meal for 40+ people. We could not have done without the leadership of our program director David Murphy and ESTEEM graduate Dustin Mix, nor without the logistical support of Rebekah Deline and Emily Tyson back in South Bend. Finally, and most importantly, a sincere word of gratitude to all of the alumni and friends of Notre Dame in Silicon Valley that shared their wisdom with us this week.