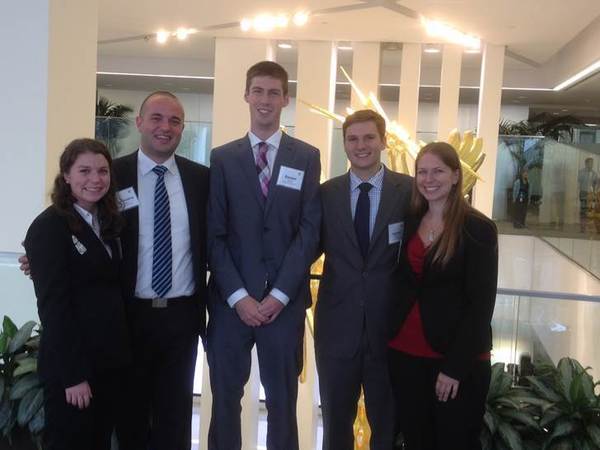 The concept of the case competition, sponsored by AT&T's Technology organization and College Recruiting, was presented at Notre Dame to students in early September and teams were formed shortly thereafter.   The case was released a few days later and 13 joint teams of MBA, ESTEEM, and Computational Math students were given the opportunity to present on September 26th and 27th.  The case focused on "Big Data" and the challenges and opportunities it presents to AT&T's current and future business model.

The top two winning teams from Notre Dame were flown to Dallas where they were given the opportunity to compete against the top two teams from master's programs at the University of Texas - Dallas on October 4 at AT&T’s headquarters.  The teams were also able to tour AT&T's Technology Engagement Center and network with senior business leaders.

The students had the opportunity to learn a lot more about the challenges and opportunities that "Big Data" represents for companies going forward, as well as looking deeply into AT&T's business model.