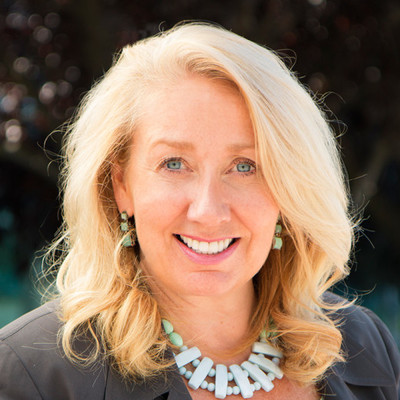 The last home football game of the year called for the last Innovation Rally. This semester has been filled with exciting guest speakers, and Aisling MacRunnels closed out the list. MacRunnels left Ireland when she was 18, and she currently enjoys life as an entrepreneur in Silicon Valley. As co-founder and CMO at Synack, a crowd-sourced cyber security start-up, MacRunnels has to constantly overcome the difficulties of Silicon Valley.

MacRunnels shared her insights on Silicon Valley, as well as how to be a happy entrepreneur in these high-pressure and high-stress environments. MacRunnels began by recalling how life and businesses were 20+ years ago: linear. People went from being in school, to working, having a family, and eventually retiring. Companies were also linear, focusing on a simple revenue model. Now, things happen at crazy times in people’s lives, and many companies, for example Amazon, do not follow a traditional revenue business model. Innovation is changing these aspects of people’s lives, and to excel one must adjust.

There are three types of entrepreneurs, MacRunnels suggested. The first type she described as the “passionate, bubbling cauldrons,” which includes entrepreneurs like Steve Jobs and Larry Page.  Second are the individuals who take risks purely for the sake of making money; MacRunnels struggles with this ideology a lot. The third are the “passionate problem solvers,” people like Bill Gates and Mark Zuckerberg. MacRunnels believes that these are the individuals that are not driven by money buy instead by solving problems for others. She also believes they are the happiest of entrepreneurs and are those who give back heavily to the community.

MacRunnels is positive that in Silicon Valley and for entrepreneurs everywhere, “authenticity is trending.”  She recalled an experience at a different university when she asked “what is entrepreneurship?” and students responded with, “taking risk to make money.” She was saddened by that response and hopes that the next generation of entrepreneurs do not believe that this is what entrepreneurship is and instead let authenticity and passion be their motives.

Some biases that MacRunnels is hopeful that Silicon Valley will overcome soon are gender, generational, and intelligence bias. She challenges people to be more conscious of the individuals they hire; there are way more men than women in Silicon Valley, which she believes is due to people hiring those who are similar to them. Similarly, an older demographic is commonly left out of innovative roles due to people hiring individuals they want in their social circle. However, the most prominent is intelligence bias; employers look to IQ for intelligence instead of emotional and creative intelligence. Ironically, some of the best innovators and problem solvers have emotional and creative intelligence. 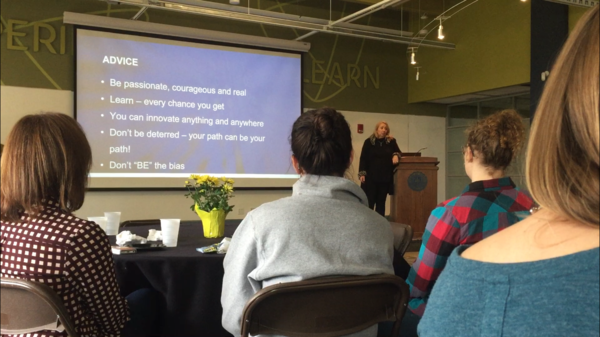 “Be passionate, courageous, and real. Learn every chance you get, and innovate anything and anywhere,” were MacRunnels’ last remarks, as she hoped to inspire a room full of potential and current entrepreneurs.