This year’s collection of thesis projects has definitely become one of the most diverse in the history of the ESTEEM program. With over half of them being industry sponsored it is easy to see the benefits and opportunities being presented to the class of 2016. Perhaps the most intriguing industry sponsored project this year is the expansion of CupPrint LLC into the United States, headed by current ESTEEM students Todd Hoogland and Paul Mahony. 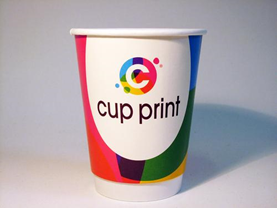 CupPrint is headquartered in Ennis, Ireland, within County Clare along the beautiful western coast of Ireland. It was founded in 2009 by current CEO Terry Fox, after his father Hugh’s print business went bust due to the economic recession. With decades of combined printing experience and an intense entrepreneurial spirit, Terry found a way to utilize their skills to develop a new method of printing completely customized paper cups in a quick and cost-effective way, providing low minimum-order-quantities and rapid turnaround times to even the smallest of coffee shops.

Due to accelerated market growth and capture, CupPrint has barely been able to keep up with growing demand across the world. As a result, Terry has decided to expand into the United States after only 6 years. Notre Dame’s strong relationship with Ireland brought ESTEEM director David Murphy and Terry together to design a thesis to move this massive project forward.

This project has been an amazing opportunity for both Todd and Paul, as it has immersed them into a rapid-growth company and given them many responsibilities. Terry informed both of them that he has no interest in moving to the United States, and at the time of graduation there is an opportunity for both Todd and Paul to take charge of CupPrint US moving forward.Enter Todd Hoogland and Paul Mahony, who are combining their efforts on this thesis project with CupPrint to plant a factory in South Bend, IN. Todd has taken the role of Vice President of Sales and Marketing and Paul is the Vice President of Operations. While these roles seem to be drastically different, that doesn’t mean they haven’t collaborated on the various objectives as the project moves forward. Together these two are handling all aspects of a full scale international expansion of this booming manufacturing company, including establishing relationships with local and state government, finding space for the production line, buying equipment and machinery, conducting market research and producing sales.

“I never thought that one year after graduating from Wabash, I would have not only a master's degree from Notre Dame, but also an opportunity to operate a large manufacturing company in the midwest. I feel that the experience I am gaining through this thesis project is invaluable, and can translate to any position or situation in the business world. It’s cool to be able to do work in the real world and see real results from the things we’re doing with this project.” -Todd Hoogland

“To be able to put what we learn in class into practice in a real company is a fantastic opportunity.” -Paul Mahony