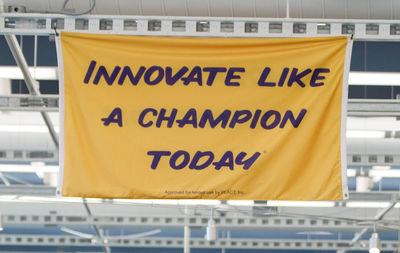 “Startup companies are economic development fire-starters for communities like the South Bend-Elkhart region because of the excitement and momentum they generate,” said Bryan Ritchie, vice president and the Cathy and John Martin Associate Provost for Innovation at Notre Dame. “Initially, the goal for a startup is to attract investment. Once achieved, they use their investment dollars to gain traction in the marketplace. As this happens, they add jobs at a faster rate than large companies. And as profits grow, so do salaries.

“Repeating this success is the key to producing economic impact, an upswing that benefits the entire community in terms of demand for housing, entertainment, retail, restaurants, health care, service industries and, of course, education.”

According to David Murphy, assistant provost and executive director for student entrepreneurship and the ESTEEM Graduate Program at Notre Dame, student entrepreneurs are becoming the norm at college towns across the country, but particularly at those that have laid the foundation for success in the form of resources like the IDEA Center.

“Students are no longer content to sit on the sidelines with textbooks; they want to roll up their sleeves and start companies, build teams and change the world,” said Murphy. “This generation wants to attend a university that prepares them to create their own jobs — and be a job creator for hundreds if not thousands of others. Increasingly, Notre Dame students seek out the IDEA Center and immerse themselves in the entrepreneurial culture here while maintaining their rigorous academic coursework.”

Notre Dame faculty member Jarek Nabrzyski is the director of the Center for Research Computing and co-founder of blockchain startup Simba Chain, which currently has 10 full-time employees and was founded in 2018. He says the success of Notre Dame startups like Simba Chain serves as a magnet for talent.

“In the past, it was challenging to get people in the tech industry to relocate to the Midwest,” Nabrzyski said. “Now, when they see what we’re doing in blockchain, machine learning and other areas of advanced computing at Notre Dame, they want to be part of it. The same goes for faculty, research staff and students.”

For more information about each of the 32 startups, visit https://bit.ly/2RrxoAm.

Originally published by Nicholas Swisher at ideacenter.nd.edu on January 16, 2020.