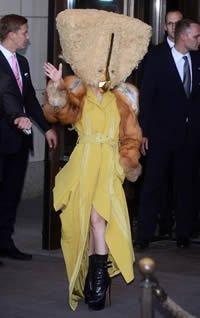 If anybody out there is friends with Lady GaGa, now would be a good time to call in a favor.  According to a recent article on the web publication PandoDaily, it appears as if her manager Troy Carter is about to make quite the splash as a tech investor.  An upwards of $75 million splash to be exact.

Carter, who is the founder, chairman and CEO of Coalition Media Group, has made his mark managing such world-renowned musical talents as the aforementioned Lady GaGa, as well as R&B icon John Legend.  In addition to his work in the entertainment industry, he also has a long and varied history of funding startups.  He created the angel fund and technology consultancy firm AF Square, which has the self-declared mission to “discover companies whose business model disrupts the status quo. (They) seek partnerships with companies that will benefit from (their) decades of experience and connections in a wide array of industries -- from Entertainment to Technology to Finance to Sports to Politics.”  His track record as a financier includes investments companies such as Spotify, Songza, and Dropbox, just to name a few.

His new fund, which has yet to be named, will apparently be even broader in scope.  Whereas his previous activities tended to fall within the realm of a few select industries, his new $75 million dollar investment will attempt sow seeds in a number of different arenas.  According to the article, Carter doesn’t appear to have a grand organizing thesis in mind, but rather will focus more on entrepreneurs rather than any specific industry or technology trend.  One thing that is certain though is that Carter plans to invest mostly in the seed and Series A stages.

Investing so heavily in world of startups might seem like an odd transition for a music mogul like Carter, but in reality it’s a match made in heaven.  Take this excerpt from the article for example:

Entrepreneurs, he thinks, are like artists. He describes both as “just left of center” and intent on creating things. “These are inventions they’re coming up with,” he says of the founders. “These kids are out to change the world. They are out to make a cultural impact.”

$75 million is a whole lot of money, and if Carter is able find a similar level of success with his new project as he has with his previous endeavors he should be able to help a lot of people change the world.