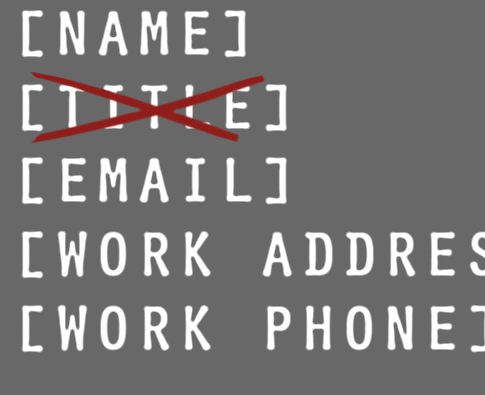 There used to be a saying that everyone who works at a bank is a vice president of something, after a while you conflate people's titles so much that they don't really mean anything anymore. It seems every time you get a business card from someone at a startup it has a different name for owner on it. Sometimes it says "CEO", "Founder", "Partner", "Principal", sometimes it say "Chief Innovation Officer", "Chief Happiness Officer", even some as far out as "Ingenuity Jumper" - so what is in a name.

First of all, why do people use a title in the first place? Originally they were meant to help convey what you do for a company and depending on the size of the business, they were meant to show where you are in terms of others inside of the company hierarchy. They worked well for sales people, by helping make certain you are talking to the right person in the right area of the company. However, for a startup that is focusing on being flat, does the job title make sense?

For example - If you're the founder of a startup that is set on being flat, what does having a title like CEO really say about you? Does it mean you are above everyone else, and, if so, is that the message you want to send your team? To the other end, many companies are also calling everyone "manager" like the bank that calls everyone Vice President - that might keep everyone at the same level but, what is the point? The title is now meaningless because they are not managing  anyone... If everyone is marketing manager then no one is really the manager, so the title means nothing.

So, a question you might ask yourself, as you start your startup, is what should your title be and should you even have one?