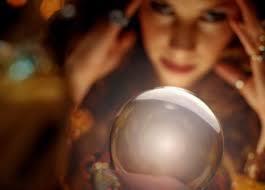 There are some web companies, due to their size and scope, that never seem to stay out of the headlines for very long. Along with Google, Amazon seems to be one of these ever constant newsmakers.

Not long ago, Amazon, which is helmed by the reportedly cutthroat Jeff Bezos, made waves when they introduced Amazon Prime Air to the world via the television program “60 Mintues.” Not content to work solely on this innovative delivery system, which is fraught with many potential complications, Bezos and company have just gained a new patent for “anticipatory shipping.”

“Anticipatory shipping,” according to The Verge, is…

“...a system that allows Amazon to send items to shipping hubs in areas where it believes said item will sell well. This new scheme will potentially cut delivery times down, and put the online vendor ahead of its real-world counterparts.”

Wait, WHAT?
That's right. But, how will Amazon know what people will want to order before they know it themselves? By using the mass of data they already have at their fingertips, which includes records of what a customer has already bought, what they’ve searched for, what’s on their wish list, and probably the most interesting of all, how long someone’s computer cursor “hovers over an item online.”

Not merely content to have the products in the same neighborhood as their potential buyers, however, Amazon may, in fact “...even go so far as to load products onto trucks and have them "speculatively shipped to a physical address" without having a full addressee.”

While such an idea appears a bit far fetched on its face, it is no less groundbreaking. Given their history and habits on the actual Amazon website, customers clearly are interested in the products the company might send their way.

Sure, there are potential problems with such a system, as people might grow tired of deliveries they didn’t actually want showing up on their doorstep but there is also much promise in the idea, at least according to Amazon, who seem “...willing to take the hit, stating in the patent, "Delivering the package to the given customer as a promotional gift may be used to build goodwill.”