A change last year in U.S. patent law may lead entrepreneurs to file for patent protection earlier. Effective March 16, 2013, the first inventor to file gains the right to the U.S. patent. In the past, the first person to invent – demonstrated by lab notebooks or other historical evidence – had the right. 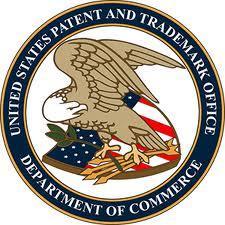 “Everyone else in the whole world has a first-to-file system and has almost always had that,” said Karen Deak, although most countries modeled their patent law on U.S. law, they did not adopt the first-to-invent provision. “The United States was out of sync. Now, here and everywhere else, whoever files the application first gets the patent.” You have a filing date, and that’s the only date that matters.

The change streamlines procedures for global companies who seek protection in many different countries. Those were already operating under the first-to-file approach.

The change is likely to have little practical impact, however, because even early investors expect companies to have filed for patent protection, already making it an early-stage step.

“It’s not necessarily that big of a difference,” Deak said. “A lot of venture capital funds, as early as the angel funding, they’re going to want to see patent applications anyway. Filing an application is something that would happen fairly early anyway. Certainly, though, a company might be moving faster than they might have otherwise.”