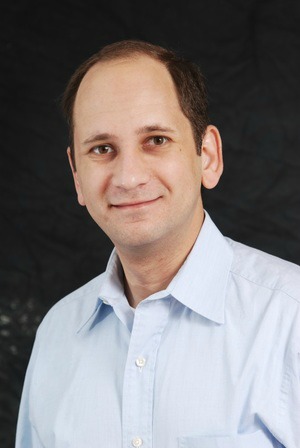 Mark Bourgeois has pursued both engineering and philosophy in alternating stages of his career. Now they’ve come together in the Technology and Ethics course he will teach to ESTEEM students, developed in part from a philosophy of technology undergraduate course that he teaches as a postdoctoral research associate in Notre Dame’s Reilly Center for Science, Technology, and Values.

Bourgeois, a Chicago native, was majoring in engineering at the University of Illinois when he became interested in philosophy. He wound up earning bachelor’s degrees in both physics and philosophy, then went on to earn a master’s degree in philosophy at Miami of Ohio. After that, he practiced engineering in a job at Lucent Technologies for four years, then went to Loyola University in Chicago for a Ph.D. in philosophy. While at Loyola, he taught engineering ethics, engineering design, and the intersection of the two at Northwestern University.“It’s the social and ethical context of design – the impact they make,” including social problems they address and the problems they might exacerbate, he says, adding that he’ll teach half the course in the fall semester and half in the spring. “They need to be thinking of these things as they’re writing their business plan or thinking about the market space, and then consider them in more detail as their plans take more concrete shape. So, we split it up into two half-semester courses.”

His postdoctoral work in the Reilly Center is a project funded by the National Science Foundation called Social Responsibilities of Researchers. The initiative aims to help doctoral students in engineering, science, and social sciences understand the broader implications of their research – to “be more socially engaged and socially aware researchers, not just in the lab or on the team, but think about ways their work impacts society and take the societal impact into account in their research,” he says.