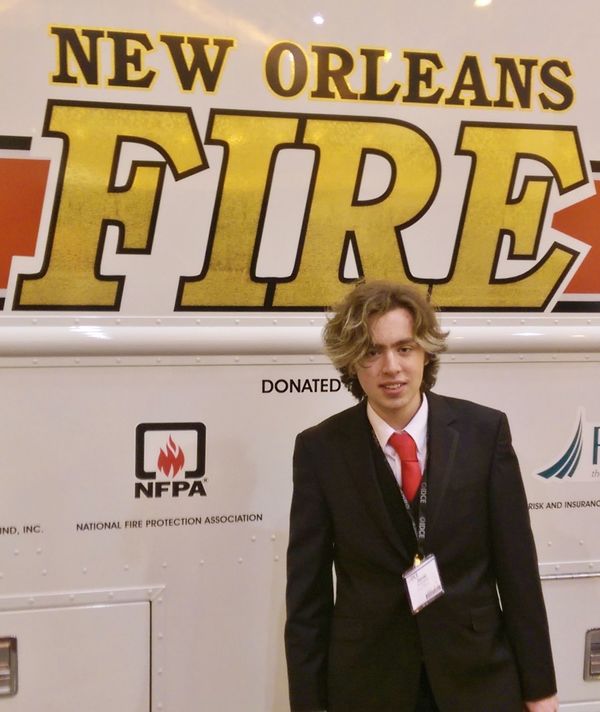 This story comes to us from ESTEEM Student Daniel Kestell. Daniel recently traveled to the IDCE Conference in New Orleans to present his thesis research and learn more about how people are exploring new ways to prepare for natural disasters, problems he is hoping to fix in his thesis.

Upon arriving at New Orleans I was initially hit by one thing. How different it felt from South Bend. For one thing, it was sunny and warm, approximately 70 ºF, but it was more than that. The city felt decidedly different to other American cities I had been in; it had more of a European feel, especially in the older French Quarter. Many of the streets were narrow and the buildings were old. I have come to realize that America has the opinion, in many cities, that many old buildings must be replaced by newer ones. This was the case with the destruction of many of the buildings that Al Capone frequented in Chicago. Most of them are gone in an attempt to remove Chicago’s image of “The City of Gangsters”. It didn’t feel that was the case in New Orleans. It felt like history was being preserved and New Orleans is great because of this. I felt quite at home in this pseudo-European city. I say pseudo-European because the ever present Stars and Stripes could be seen throughout the city. In Europe we don’t fly our flags as often as Americans do and this was a clear sign that I was still in the U.S.

The conference itself was held in the New Orleans Conference Center on the riverside. It was an impressive building with plenty of space. There were two conferences going on in the building over the same days and they did not intersect whatsoever.
The conference consisted on 2 main halls, one for the exhibits for the different companies and one for the plenary sessions. There were plenty of sessions discussing various aspects of Emergency Response. For instance, the Opening Keynote Session was presented by the Principal Deputy Assistant Secretary for Preparedness and Responses at the U.S Department of Health and Human Services, Edward J. Gabriel. Another session was presented by Dr. Clifton R. Lacy, the director of the Institute for Emergency Preparedness Homeland Security and John Ging, the Director of the Operational Division of the United Nations Office for the Coordination of Humanitarian Affairs. Mr. Ging is a fellow Irishman who has worked with the United Nations for some time now.
There were concurrent breakout sessions in between these plenary sessions and the exhibition time. The breakout sessions that I attended included a Cross Sector Disaster Simulation Game with Jamison Day of Ecosify LLC. I spoke extensively with Mr. Day after the breakout session as he could be a potential partner for Ensayo, my Thesis project.

During the exhibition times I split my time between presenting my poster and speaking with people about Ensayo, and talking with the different vendors at the Expo. I learned a great deal from the Expo and I have set up some phone calls with members who were interested in potentially being customers or partners. One such person who showed interest in Ensayo was Kyle Pfeiffer of Argonne National Laboratories. I will be continuing the conversation after Spring Break with a phone call. I received an air of “We need this, when will it be ready” from speaking with people and presenting my poster. This has given me renewed hope for the project going forward. 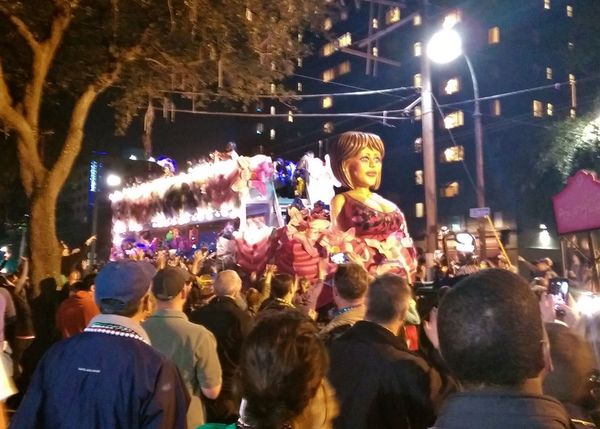 The conference was a great experience and showed me how these kinds of technologies are marketed. This particular conference may not be the future of the industry, as its attendance levels seem to be decreasing year on year but there are other conferences that will be useful marketing events for Ensayo.

But what you really want to know is, what is New Orleans like around Mardi Gras. Well, the IDCE social event was located along the route of one of the Mardi Gras Parades. I was able to view the parade and go down very close. The atmosphere is amazing. There were so many people partying and revelling. It was intensely fun, and that is saying something from a person who does not drink. It did not require alcohol to be fun.

I ended up with plenty of beads, I met some really interesting people, I got some good leads for Ensayo, I saw some interesting talks, and I saw Bourbon Street. Overall, a very memorable trip.