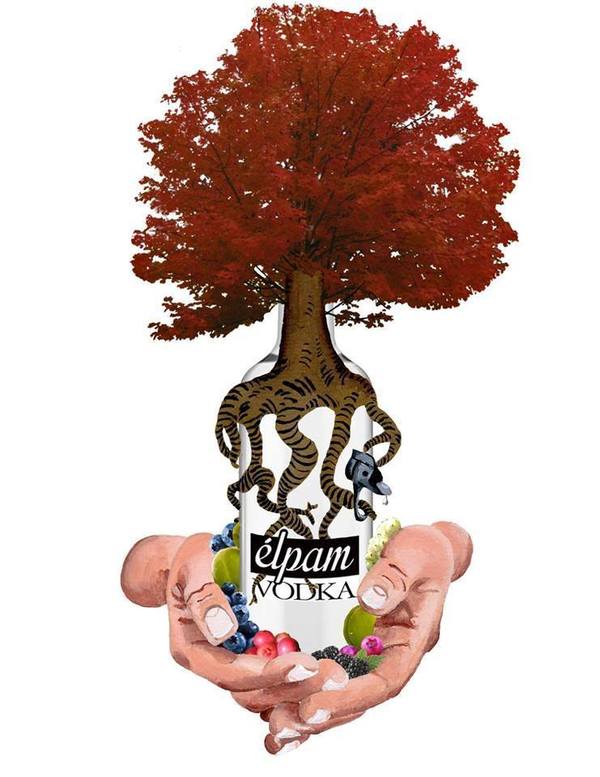 This story comes to us from ESTEEM student Nick Kyratzis, who recently had the opportunity to pitch his own business idea to the Shark Tank's own "Mr. Wonderful," Kevin O'Leary. Nick, along with teammates Derek Athy and Nick Machesney, is currently competing in the second round of the McCloskey Business Plan Competition, sponsored by the Gigot Center here at ND.

Recently ND received a visit from Shark Tank’s “Mr. Wonderful,” Kevin O’Leary, and I had the opportunity to pitch him my business idea, Elpam Vodka. In 2008 my buddy Eric MacPherson and I originally got the idea after talking to our chemistry professor, Dr. Shane Lamos, at Saint Michael's College. We learned that millions of gallons of water were left over as runoff every year because of maple syrup production. His thought was that we should take this water and bottle it. However, our research soon showed us that bottled water wasn't a viable option. The recent trends in Vermont to make it a "Green" state and were driving down bottled water sales. Additionally, the original in-state market was small due to the high numbers of environmentally-conscious people and farmers who would never want a $5 Figi-esque bottled water. Instead, we decided to utilize our new chemistry skills to instead create a vodka that would take a little longer to produce but generate triple the profit.

From there, Eric and I worked out company names, logos, marketing schemes and other business ideas that we weren't familiar with. We came up with the name Elpam – maple backwards – and hired an art major to design our logo. We continued working on our own until the second semester of our senior year where we teamed up with 3 business majors in our thesis class. Our goal was to create an environmentally-friendly product combining scientific research and business savvy. We started work to produce a 100% organic product which was completely sourced within the state of Vermont. Our result: using the runoff water from Vermont’s maple syrup production and local produce to provide the people of Vermont a product that they could both enjoy and help create. We entered our idea into the Saint Michael’s College’s business plan competition but fell short to making into the final round. Although we didn't win, I still pitched my idea to get into the ESTEEM program.

Initially, I planned to use this project as my ESTEEM thesis and continue my research. I eventually hoped to write a business plan that I could enter in the McCloskey Business Plan Competition. Unfortunately, I was unable to use the project and chose another based on research from the University of Notre Dame. Now that the business plan was shut down for a second time, I thought “third-times-the-charm.” 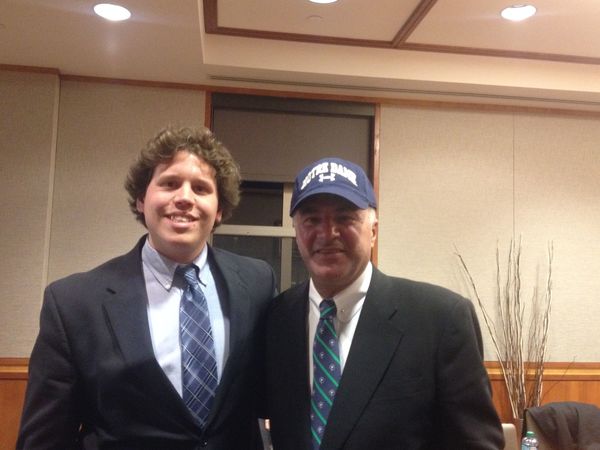 Recently, we received an email to participate in the "Swimming with the Sharks" pitch competition: teams competed for a chance to pitch their idea to Shark Tank's “Mr. Wonderful” - Kevin O'Leary. For a long time, my partner Eric and I always joked about how we wanted to go on Shark Tank and pitch Elpam, so I believed this was my opportunity and I entered. A few days later, I was notified that I made the list of the top 10 ideas. Unfortunately, Elpam Vodka wasn’t able to pitch in front of the crowd at the main event. Although this was heartbreaking, I soon learned that the 10 finalists would have an opportunity to chat with Kevin O'Leary and pitch him our ideas in a group setting.

After the main event, the top 10 finalists were invited to the Dean's conference room to sit around a table and receive more insight from Mr. O'Leary. He was kind enough to offer the table to those who wanted to pitch their ideas, and everyone jumped at the chance. As I explained Elpam Vodka in every little detail I could, he stopped me and said:

I truly like your idea. In fact, I myself and trying to get into the vodka business, and it isn't easy. I have my own wine line that is doing well, but the money is in the vodka business. I don't tell many people this since they already know but I love vodka. Every day at 6pm, I have a glass of vodka with 3 ice cubes, then move to red wine, and finish strong with white wine, and a lot of it. The reason I am having difficulties getting into the vodka business is because I don't have a compelling story or an interesting twist to my business besides being famous and having the name O'Leary on it. You have that story, the message, and that flare that will make you stand out from the rest. But here is how you become noticed: 1. You need to sell your story, which you have; 2. You need to express the purity of the water and the vodka, which is possible; 3. You need to address that the vodka is 100% organic in a way that obtains all products from nature (in which I applied that the slogan was the "Mother Nature Flavor" - which he replied "absolutely"); and 4. Start off with a flavorless vodka, get big, then move into your maple syrup and hybrid fruit flavors. I'm telling you, I like the idea. Second best idea tonight behind the lady here with the Uganda dresses.

Once the discussion wound down, we all got a chance to thank Kevin O'Leary for the kind and not-so-kind words he gave us. I was blown away that he believed in a dream that I have had for a years. Obviously, he enjoyed the football game the next day.

Being able to hear him say that the idea that got shut down twice before was a business worth pursuing truly made me happy. His approval has pushed me in the direction to work so much harder on the McCloskey Business Plan and to get any funding possible to reach a dream. Now, I just have to beat him to the vodka market so that he doesn't take my potential customers!