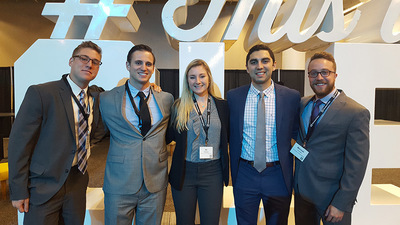 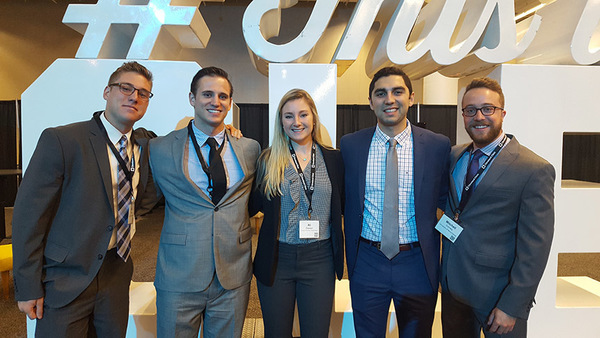 Monday started off with a very early morning wake-up call and an immediate sense of urgency that would not leave us following the day’s events. After surviving through Davis’ insufferable snoring on Sunday night I had a feeling that staying attentive would be the biggest issue for the day. Little did I know that the keynote speaker for the day, Joe Biden, would convey a message more potent than the several cups of coffee I powered through. We made our way over to the convention center a couple hours early as security for the Vice President’s appearance was on full alert. After an exciting “innovation challenge” in the morning, it was time for Vice President Biden to take the stage.

The focus of Biden’s speech was the goal dubbed the “cancer moonshot”, established by President Obama in January 2016. The moonshot is the goal to cure and prevent cancer by 2020, specifically focusing on the use of the new immunotherapies that have revolutionized modern treatment. The objective is clear and slightly daunting, but at the very least I can confidently say that Vice President Biden would receive a “P” with flying colors in Professor O’Rourke’s Business Presentations class. Biden’s speech moved effortlessly through several topics; his son’s battle with cancer, his burning passion to end the disease, the multitude of treatments that are closing the door on the epidemic, and most importantly, the sense of urgency for the entire healthcare industry to collaborate immediately.

The final subject of Biden’s speech was clearly the one he wanted to impress upon his audience most. After encouragingly covering the myriad advancements made over the last decade in the fight against cancer, the Vice President’s tone fell somber and even intimidating. Biden was standing in front of hundreds of the country’s leading physicians and healthcare industry powerhouses and essentially placing blame for lack of collaboration. He holds firmly the belief that without proper collaboration between these leaders the cancer moonshot cannot be reached. In his words he urged everyone in the fight against cancer to, “break down silos and bring all the cancer fighters together — to work together, share information and end cancer as we know it.”

The master orator knew what he was doing, and it certainly worked. Biden’s call for urgency and collaboration would continue to be a theme through the rest of the day’s events. Although I couldn’t help but think how ironic it was that a politician was preaching collaboration… Regardless, after a long and eventful day at the summit, Roy, Ali, Alex and I were focusing on our own moonshot for the night – the Davis snoring moonshot.