For many students, ESTEEM is more than an education and degree – it’s a straight and seamless path into a career. Especially for those who choose an industry-sponsored capstone project, the work becomes an ongoing mutual interview between student and firm that can lead to a hire even before graduation. 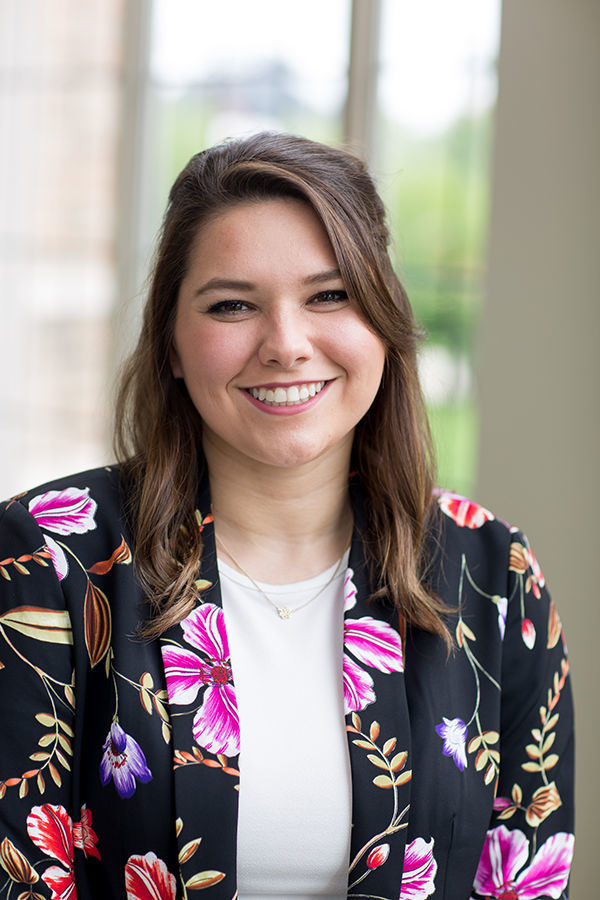 Emily Link Carrillo, who graduated from Providence College in 2017, spent a year preparing to go to medical school while her classmate, Claire Kleinschmidt was in ESTEEM. Claire convinced Emily to apply; when she was accepted, she put applying to medical school on hold and took a capstone project on gray zone warfare with the defense contracting firm Booz Allen Hamilton. Her research involved attempts by Russia and others on social media to influence U.S. elections and how to combat it, especially how the military could protect itself.

Booz Allen Hamilton hires many ESTEEM graduates, but the process was especially informal because of the capstone leader’s regular contact with Emily.

“I think the whole thesis process was kind of an interview,” she says. “He said, ‘you work really well with our team, you’re doing great research.’ He thought I could work there and would fit well with the team.”

A recruiting vice president who talked with Emily in November recommended her for the job she’ll start in August. She’ll probably start on the military intelligence team but might eventually move to the health account to further her longstanding medical interests.

David Gormley studied engineering at University College Dublin, but an entrepreneurship model triggered his bigger-picture problem-solving interest that led him to ESTEEM. When it came time to choose a capstone, he sought a combination of business and engineering and got one of his top choices, Avanade. The project involved applying data analytics and artificial intelligence to spin off new technologies in large enterprises.

The experience included mentoring from Avanade CTO Luke Pritchard and Senior Director Tripti Sethi as well as contacts with people from Singapore, Australia, Germany, the Netherlands, and across the United States. “Two or three of my recommendations were actually taken on by the company,” he says. Although David got an offer from another company more aligned with his engineering skills, he chose to stay at Avanade’s data and AI group in Seattle, beginning in August.

“Overall, ESTEEM has thrown open the door in terms of opportunities that would not be available to me had I not done this program,” David says. “I would be an engineer in the traditional sense rather than enjoying this beautiful blend of business and technology.” 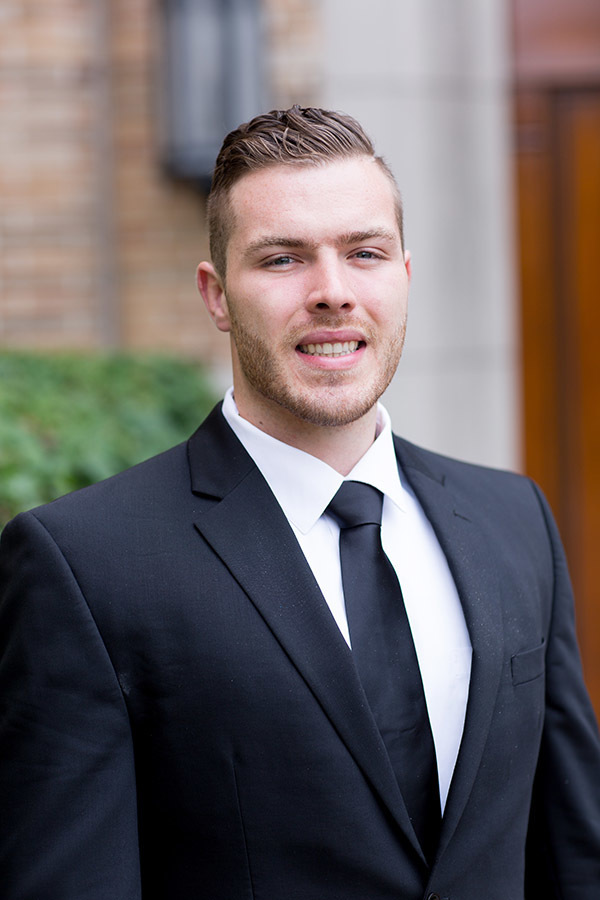 Connor Smith, a chemistry and math major in college, applied for the high-tech computer science ESTEEM capstone project because it sounded cool. He landed the role with Consensus Networks, a blockchain infrastructure company whose CEO, Nathan Miller, graduated from ESTEEM in 2018.

The work involved building a blockchain network to manage population health data, but Connor also wrote SBIR grants and learned programming hands-on. During a casual conversation over Christmas break with Nathan and founder and Vice President of Strategy Shane Fimbel, Nathan suggested that Connor should join the team.

“In my head I already envisioned myself there,” Connor recalls. “I had worked with them so much already I couldn’t see myself working anywhere else. It’s been the most rewarding experience I’ve had so far. I wake up every day so stoked about what I get to do.

Some days you are pretty beat by the end of it, with two people doing the work of five, but it’s a really cool experience to be able to come in every day to something new. I’m learning a ton, which I love, about so many different things.”

Connor joined Consensus in July, and work continues on the capstone project, funded through a Phase 1 NIH SBIR Grant, with intentions to apply for a Phase 2 for scaleup and commercialization. The aim is to create a Master Patient Index that would ease authorized access of medical records among providers.