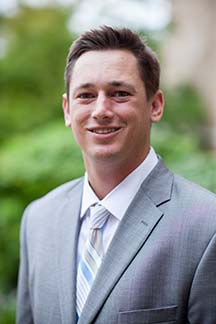 During the course of his research, Connor discovered a gap in the market in which a new type of anesthesia chamber would have potential benefit.  While the observation alone was well-received by the client, Connor took the process a step further:  He learned SolidWorks CAD software and iteratively designed five different versions of the eventual product in collaboration with Prof. Matt Leevy.  This work led to the submission of an Idea Disclosure Form to the University of Notre Dame's IDEA Center, and is in the final stages of commercialization for worldwide distribution through IVC and Somni Scientific Inc.

Post-ESTEEM, Connor is a Staff Consultant in the Business Advisory Program at EY in Chicago.  He has left a lasting positive mark on the ongoing commercialization activities at the University in taking his thesis work out of the classroom and into the marketplace.