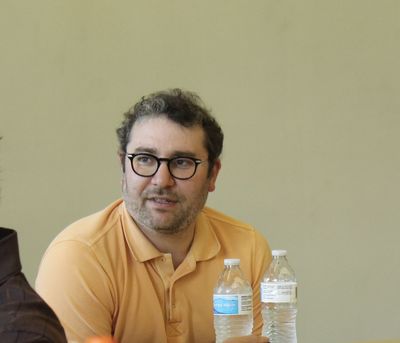 This week, ESTEEM hosted a Lunch and Learn session with Matt Rogers, the co-founder of both Nest and Incite. During the session, Matt shared a few stories about the defining experiences he had before landing on the multi billion-dollar Nest idea, first as an intern at Apple and then as a software engineer on the original iPhone. 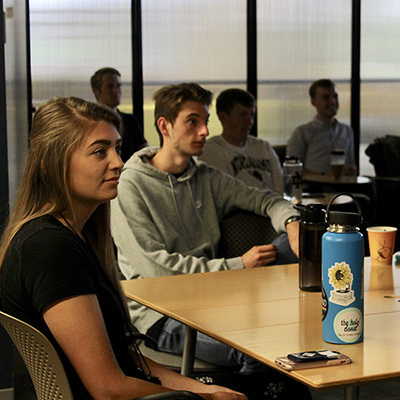 Before fully diving in to the specifics of his career path and personal mission, Matt first acknowledged that it felt surreal to be sitting in front of a group of aspiring entrepreneurs with the intent of sharing advice; he could still remember the day Bill Gates gave a similar talk when he was a student at Carnegie Mellon. Imposter syndrome aside, Matt went on to explain that from his early days as an engineer, he never felt like he was called to stick to a single path. Instead, he’s “always been interested in building world changing things.” This mindset is what enabled Matt to join Apple in the first place. As an intern at the company, he was placed in a modest corner desk near the printers. While most people would find this situation depreciating, Matt used it to his advantage, enthusiastically introducing himself to every person who printed during the work day. He explained to the students that stepping out of his comfort zone to say hi and shake hands allowed him to meet people who believed in his passions enough to hire him.

After joining the Apple team full time, and working for a number of years, Matt shared that he became very interested in trying to solve climate change related issues through a side venture. After a great deal of research, he and his co-founder landed on Nest, the world’s first machine learning thermostat, and now, the leading connected home brand that was recently bought by Google. Matt recently left Nest and currently is working as co-founder of Incite.org, an organization that works to advance ventures, social entrepreneurs, and political campaigns through investment and mentorship. 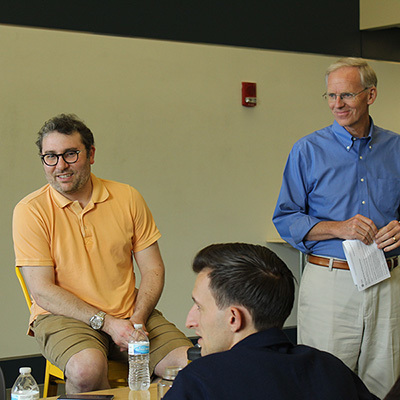 During the question and answer segment of the conversation, students had the opportunity to dive deeper into Matt’s experiences. Given the impact-driven nature of the program, it came as no surprise that many students were curious about Matt’s personal mission. The overwhelming theme of the questions surrounded the topic of creating and operating mission-oriented companies and making big impacts on the world. When approached with these questions, Matt shared that “if the problem is big enough, and the pain point is strong enough, the rest will fall in place.”

Matt and his Incite team will be back at ESTEEM to follow up on the conversation at the end of the month. For now, he will be busy at work on growing his organization, working on Mayor Pete’s presidential campaign, and hanging out with his 13-month-old daughter.