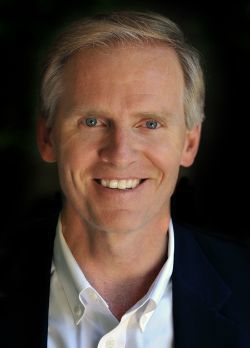 ESTEEM Director David Murphy will lead Notre Dame’s commitment to a partnership between the University and the City of South Bend that is one of more than 20 such collaborations in the national MetroLab Network. Academic and city leaders announced the Network, part of the White House’s Smart Cities Initiative, on Sept. 14 in Washington. The initiative aims to boost cooperation between university researchers and civic officials in multiple cities that will identify common problems, plan projects and seek resources for solutions, and develop shared tools for scaling promising discoveries and deploying best practices.

“Notre Dame and South Bend will work closely together to address some of the city’s most pressing issues,” said Murphy, the associate dean of entrepreneurship for the Colleges of Engineering and Science, who was appointed by University leadership to the Network role. “Using the latest innovations in technology, Notre Dame researchers, faculty and students will develop solutions that positively impact our community.”

The national program focuses on four target areas – infrastructure, city services, democratic governance, and public policy and management. For the first year, Notre Dame and the City of South Bend will work on four projects – “Internet of things” environmental applications related to Bowman Creek, advanced mathematical modeling to assess city services in the Neighborhood Report Card and suggest improvements, enhanced ability of students and residents to produce and analyze city data in Community-Based Research, and a Wireless Institute to test the next generation of wireless technologies for urban environments. 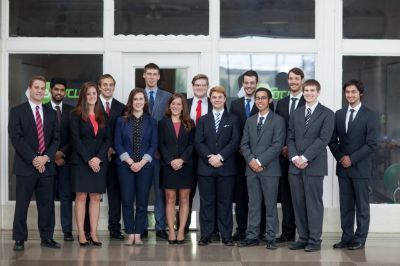 “One of the interesting aspects of this Network is being able to share our efforts here in South Bend with other communities around the country,” Murphy said. “We also expect to learn a great deal from colleagues working on projects in other cities which may apply to the needs of our own community.”

ESTEEM graduates and interns have worked with South Bend government officials for years through enFocus to boost the city’s nationally-recognized technology infrastructure. Mayor Pete Buttigieg said the Metrolab Network will make the city a national model for such collaborations that improve residents’ quality of life.

“Partnering with Notre Dame, South Bend will tap into cutting-edge thinking to provide a high quality of life and keep adding jobs in an era of tight budgets and scarce resources,” Buttigieg said. “This is the future of what it means to be a university city.”

You may read the University's official press release here.