When he was an undergraduate mechanical engineering and industrial design major at Notre Dame, Will McLeod was already working in his basement on SmarterShade, a Smart glass that can switch between clear and opaque on command. His team was the first composed of undergraduates to win the McCloskey Business Plan Competition, and it won an NSF grant to take the concept to production. 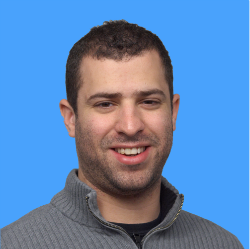 McLeod seized the chance to join the first ESTEEM class and work with Dean Greg Crawford, a recognized expert in the optics field.

“It was a really good fit for me,” McLeod says. “I needed to take it to the next level. It was a crossover between engineering, science, and business. I couldn’t have picked a better group of people to work with. It was an incredible opportunity.” He graduated in 2010 and SmarterShade Inc. received 3 U.S. patents in 2012, with McLeod and partner Ryan Tatzel, as co-inventors.

These days, while cofounders Tatzel and Michael Stacey run SmarterShade, McLeod is working in New York City with Keen Home, a home automation products company he started 2 years ago with Ryan Fant and Nayeem Hussain. The company received seed funding a year ago, won an NSF grant, and struck a deal on Shark Tank in February at record valuation for a tech company. Its product, a wirelessly-operated HVAC vent, provides automatic room-by-room zoning so warm or cool air is directed to space that needs it. The vent will be for sale as part of a new smart home platform at Lowe’s hardware stores in the fall, and the company has started working on new products.

McLeod says his ESTEEM education has helped propel his career.

“It was a good launch into the business side,” he says. “Day to day, my role now is probably best described as product manager. It’s the role in between product and engineering but also seeing where that touches the business in terms of understanding the balance sheet and the top line to bottom line.”

While not busy starting two new companies, McLeod also wrote a book.  Tthe book's topic is a familiar subject for him:  Mechanical Engineering for Hackers:  A Guide for Designing, Prototyping, and Manufacturing Hardware is available on Amazon here.