Indianapolis native James Sallee was contemplating a career change from his six-year federal government job in Washington, D.C., last year when a notice about ESTEEM appeared in his inbox. He saw the opportunity to return to his roots and, having satisfied his interest in national security, pursue his twin interest in aerospace.

“Part of the reason ESTEEM appealed to me was I had a more applied technical background,” he says. “I knew my business acumen was great in theory and probably not in practice. That’s where ESTEEM drew me in. It was a condensed program. I didn’t want to be back in school very long. It was Notre Dame. It’s a strong business background. I could tie the Indiana heritage with what I believe is the future without straying way away from the community I grew up in.” 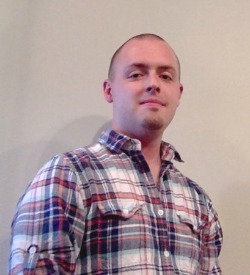 Sallee, who graduated in May and lives in suburban Indianapolis, is still pursuing his capstone thesis project, developing a modern carburetor that’s much cheaper and more efficient than electronic fuel injection systems that replaced old carburetors. He’s also working with Crossroads Aerospace to build simulation software for orbital mechanics, with a novel crowdsourcing approach that lets lay people – “our science-fiction writers” – to propose imagined devices that could be vetted and maybe developed by partnering engineers.  “We connect the broad base for ideation with these more expert minds,” Sallee explains. 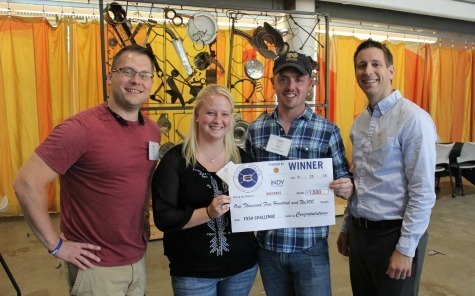 Last month, Sallee was part of an impromptu team, HooCares (for Hoosiers Care), that won in the Indy Civic Hackathon with a touch-screen device called Step Up to help manage client flow at the Indiana Family & Social Services Administration that serves more than 1 million people in food stamp, cash assistance and Medicaid programs. The team is working with the agency, which has 104 local offices, to complete and implement the platform, which could also be marketed to other states.

“None of us knew each other,” he says. “We sat down and worked through this problem. We spent time focusing on what was wrong for the customer. That ended up working really well for us.  We had a uniquely different perspective because none of us came from the same background. We had the ability to step back and say ‘we have a lot of different experiences’ and combine them to make a valuable product.”

Sallee says his ESTEEM experience is key to his success at the hackathon as well as his other ventures. “Eighty-five percent of it was stuff I learned through ESTEEM,” he says. “I believe that is what I was intended to do.”