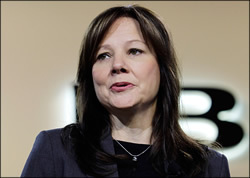 It’s all in the delivery. That was the message delivered a few years back by some of the top engineers in the United Kingdom, winners of the Royal Academy of Engineering’s Silver Medal, an award “presented to engineers who have made an outstanding contribution to British engineering by successfully bringing their innovation into the marketplace.”

By delivery, we, of course, mean the concept of communication. Want one of the many promising jobs in the field of engineering? Learn how to communicate -- that is, learn how to be a salesperson as well as a scientist.

“It is a big generalisation and, of course, there are exceptions, but in my experience engineers really aren’t great at communicating. We don’t teach communication nearly as well as we should… engineers need to learn to sell themselves and sell their benefits.”

While it might be a generalization, it is an idea, for those who will or are currently looking for engineering jobs, that bears repeating.

In fact, if one looks at this list from U.S. News for “10 Tips for Success for Engineering Students,” at least two of them are directly tied to communication, including “learn the value of networking” and “work in teams as much as you can.”

Also on that list? “Identify the people who inspire you, and find out what makes them tick.” Our suggestion? Mary Barra, who was just named the car industry’s first female C.E.O.

Barra, who will take over General Motors, holds, according to The Washington Post:

“...a bachelor’s degree in electrical engineering and began her career with GM as a college co-op student working for the now-defunct Pontiac brand. She later attended Stanford University’s Graduate School of Business on a GM fellowship, and since then has worked her way up through a series of engineering, manufacturing and senior staff jobs at the company.”

It seems then that if we take the example of these notable entrepreneurs, the key to a finding and thriving at a successful engineering job is to inspire and be inspired.

Who or what inspires you? How important do you think communication is as far as jobs in engineering? What else do you find to be important for success in this field?