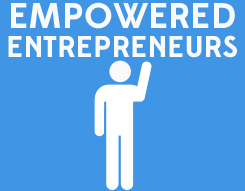 Do you ever ideas that take hold of your mind, to the point that you can't sleep? This idea you found solves a problem and it simply won't get out of your head. Like a moth to a porch light in the fall, you are drawn to the nearest whiteboard to expand thoughts, and diagram the rollout, and start brainstorming potential users, and potential partners, and figuring out investors. It's consuming and it's something called entrepreneurship.

It's not something that can't necessarily be taught, it's sort of innate to certain people. However, as more people find themselves empowered with the many small and powerful tools we now have at our disposal (internet, cellphones, Evernote, Google apps, Skype, etc) we see more entrepreneurs feeling as though they have the ability to make the true leap into entrepreneurship. To some, they see this as a fad - but to those truly watching this transformation of the economy take shape they see empowered people solving problems in tactical, iterative and permanent ways.

There are also many other things at play now that might not have been at play in the past, the economic downturn has left many unemployed which causes many to rethink careers and allows people to make large life changes because of the discomfort. However, this empowerment might be a piece that isn't being talked about. This feeling that you are a part of something larger, like the entrepreneurial community we see in America and around the world, is sometimes enough to make some feel powerful.

What do you think - does empowerment help people become entrepreneurs?